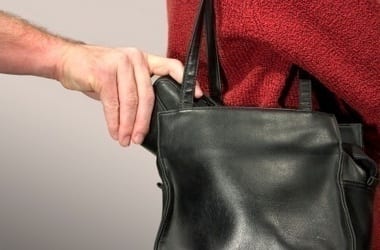 A serial thief and burglar’s latest conviction while already in prison has brought him up to the maximum sentence of 24 months the District Court can give.

Brendan Wall (40), who is currently incarcerated at Castlerea prison, was convicted of stealing €300 from a woman’s handbag at Dunnes Stores last year.

The court heard that on November 22, 2017 at Dunnes Stores in Briarhill at 5pm, Wall stole €300 in cash from the handbag of Victoria Donovan.

Garda Patrick Foley told the court that when Ms. Donovan became aware she’d been robbed, she came to a garda station to file a report.

Garda Foley went to Dunnes Stores where he was able to identify Wall as the thief from cctv footage. He was later arrested and charged with the theft. The stolen money was not recovered.

Wall was already serving a 23 month sentence at Castlerea, of which he has finished seven months already, and wasn’t due to be released until May 2019.

Judge Mary Fahy noted that since the District Court isn’t allowed to impose a sentence higher than 24 months, there was little she could do.

“Do you have any sympathy for this lady who was just doing her shopping?” Judge Fahy asked, adding that Ms. Donovan doubtless worked hard for that money.

“He doesn’t seem very remorseful to me,” Judge Fahy said.

Solicitor for the defence John Martin said that Wall, who is originally from Longford, has been a drug addict for many years and that he stole to feed his own habit.

The reason Wall came to Galway was to get away from that environment with the hopes of getting clean, Mr. Martin said.

But when he ran into old “friends” from Longford, Wall fell back into drugs and crime.

Wall has 59 previous convictions, mostly for theft and burglary charges. He last appeared before the court in December for 8 counts of burglary.

The court gave him a one month sentence for the theft charge, bringing him to the two year maximum sentence. His sentence will now finish on June 14, 2019.