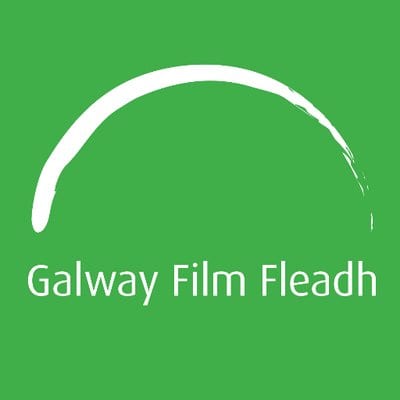 The Galway Film Fleadh got off to a flying start last night, opening with Morgan Bushe’s debut feature The Belly of The Whale, starring Pat Shortt, Lewis MacDougall, and Michael Smiley.

The black comedy, shown at the Town Hall Theatre, told the story of an unlikely pair of cast-offs as they team up to rob an amusement park.

And it has only just begun. To celebrate its 30th birthday, the Galway Film Fleadh is presenting an expanded selection of the best in new Irish and World Cinema.

This year’s line-up includes over 100 feature films, including 16 World Premieres, 150 shorts, as well as event screenings, panel discussions, masterclasses, an expanded animation programme, a retrospective of 30 years of Award-winning Short Films and much, much more.

As well as celebrating three decades of showcasing cinema from around the world, the Fleadh hits another milestone this week with the addition of the newly opened Pálás cinema as one of the festival’s main venues.

Playing host over 80 of this year’s screenings, the three-screen arthouse cinema will showcase a mix of feature films, documentaries and animation, as well as a selection of short film programmes from around the world, a first for the Fleadh.

In celebration of its 30-year anniversary the Galway Film Fleadh will be holding a series of retrospective screenings of award-winning short-films from the last three decades in The Black Gate Cultural Centre as well as an exhibition in Tribeton which will take visitors on a trip down memory lane with a curated selection of posters and photographs from three decades’ worth of guests, films and craic from the Fleadh’s inception up to the modern day.

The Fleadh continues to impress with insightful and thought-provoking documentary features with films such as One Million American Dreams which follows four families trying to reconcile themselves to the tragic stories of their loved ones who ended up at the bottom of Hart Island trench, less than 16 miles from central Manhattan.

It also has topical documentaries such as Postcards from the 48% in which director David Wilkinson makes an impassioned call for sanity in a climate of confusion, unrest and the proliferation of misinformation regarding Brexit.

The film gives a voice to those Remainers who represent nearly half the electorate, but who’s concerns have fallen on deaf ears.

For fans of animation this year offers and unprecedented offering of the very best in Irish and International animation.

The exciting and expanded Animation Programme includes an advanced screening of Pixar’s Incredibles 2, one of the most highly-anticipated sequels of the year, as well as Captain Morten and the Spider-Queen, the first stop-motion animation to be made in Ireland, which will screen as part of a special family-friendly presentation on Sunday July 15th at 16:00 including an extended Q+A with some of the stellar Irish voice cast, which includes Brendan Gleeson, Tommy Tiernan, Pauline McGlynn, Jason Byrne and Mario Rosenstock.