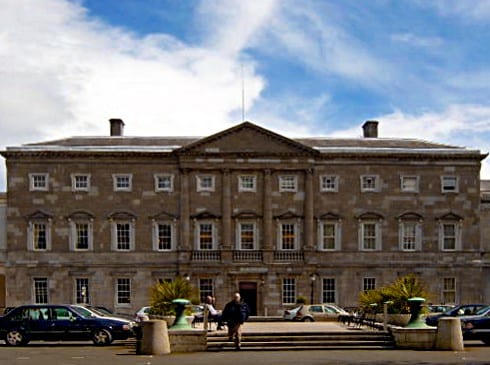 Catherine Connolly TD says someone she knows in Galway has recently been offered a house – after SIXTEEN years on the waiting list.

Catherine Connolly TD has said in the Dáil that there is no master plan for housing in the city, and criticised the government for ‘leaving it to developers all over again’.

The Galway West TD was speaking in support of a housing motion put forward by Richard Boyd-Barrett TD.

Deputy Connolly said that the crisis in Galway is worse than in Dublin and that there is a denial that there even is a housing crisis in the State.

She also said that she knows someone who was recently offered a house after being on the waiting list since January 2002.

“We have two official languages in this country, Irish and English,” said Deputy Connolly.

“But we seem to have a third language, one of denial that there is a housing crisis and of the solutions being put forward.

“I have said repeatedly in this Chamber that I come from a city where the housing crisis is worse than in Dublin.

“I know of somebody who has finally been offered a house but he has been on the waiting list since January 2002, that is, for 16 years.

“This year and next, 14 houses will be built in Galway. The last house built for social housing was built in 2009. I live in a city where there is no master plan.

“There are public lands in Ceannt Station, the docks and elsewhere and we are leaving it to developers all over again.

“The senior Minister agreed with me when I raised this at Leaders’ Questions and said we need a master plan.

“There is no master plan in Galway city.”

Catherine Connolly said that the crisis is man-made, and that it is caused by government policies – including those of the previous Labour- Fine Gael government, which she said made the most fundamental change in housing policy when it said housing support was now a house.

“That was an utter twist of language.

“It is difficult enough to understand the complexity of our attitude to the Irish language but in respect of the language around housing, my mind boggles to think that housing support is now regarded as a social house.”

Richard Boyd Barrett TD said the motion argued that ‘the intolerable human misery caused by the current housing and homelessness emergency is not an accident but rather arises from rampant land-hoarding, property speculation and profiteering by investors, landlords and developers’.

“Members are here every week, not to be negative but to use our voices to tell the Government that there is a housing crisis that is now an emergency,” added Deputy Connolly.

“If the Government does not declare an emergency, we cannot come up with proper solutions. Fianna Fáil has a golden opportunity. I find myself in agreement with it on certain issues but not on this one.

“This is the time for it to say it will not support Government policy and to support this motion.”