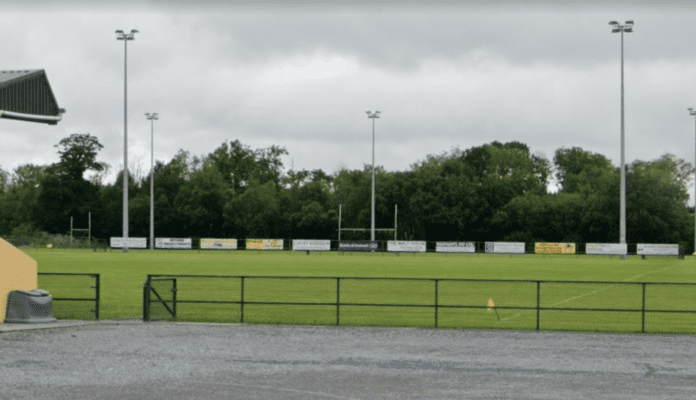 Ten Galway projects have been awarded funding of up to €50,000 today under the government’s CLÁR scheme for rural projects.

Mountbellew Moylough GAA Club was allocated €50,000 for a walking/running track and improved parking and lighting, while Gort GAA Club is to receive €45,000 for an 850 metre walkway around its 20 acre site.

Kilchreest National School has also been awarded €50,000 under the scheme for a car park to allow access to the community walking track and pitch area.

A total of €7.4 million was announced for 175 groups and clubs across the country today.

Announcing the successful projects, Minister Heather Humphreys said that every community is different and the people who know best what their town, village or parish needs are the people who live there.

She said that it was for this reason that she broadened the scope of the CLÁR Programme this year to allow for a much wider range of eligible projects.

“The response from communities across the country has been overwhelming and that is evidenced by the diverse range and variety of successful projects under this year’s scheme,” said Minister Humphreys.

“I am pleased to award funding to a record number of applications this year. This funding will supports Sports Clubs, Schools, local Development Associations and other community groups in developing community facilities which will benefit people of all ages in our rural communities.” 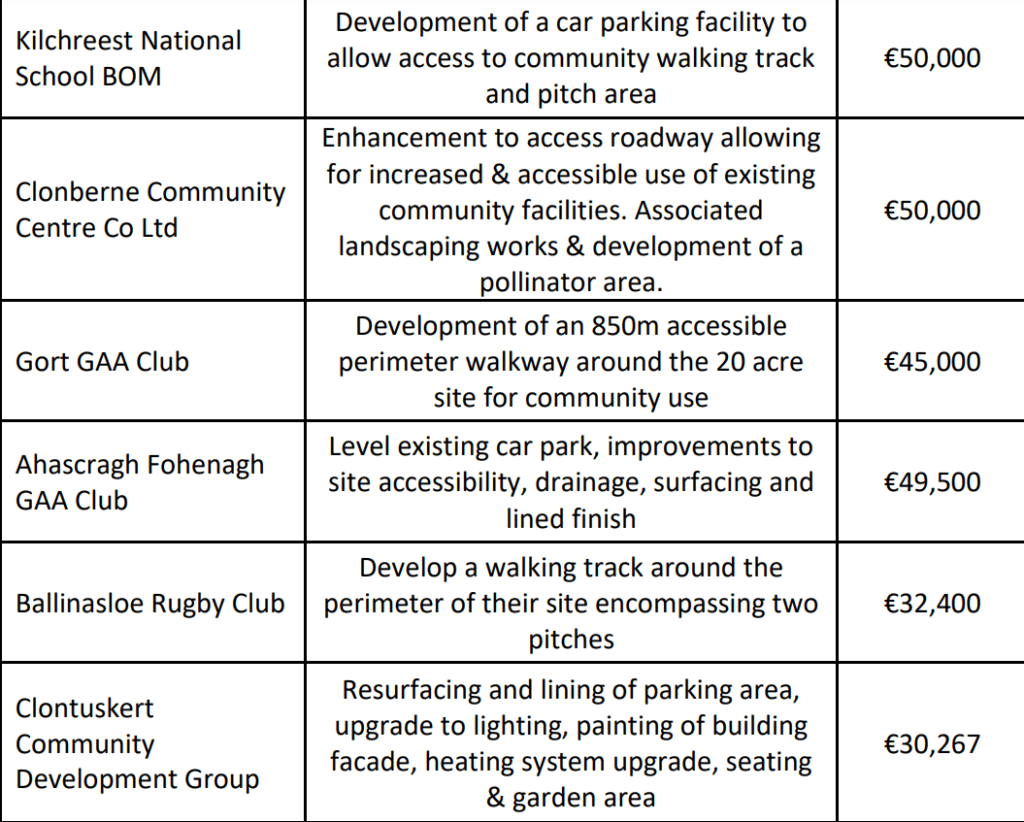 “The recent census results show that there are now more people living and working in rural Ireland than ever before. This hugely positive,” added Minister Humphreys.