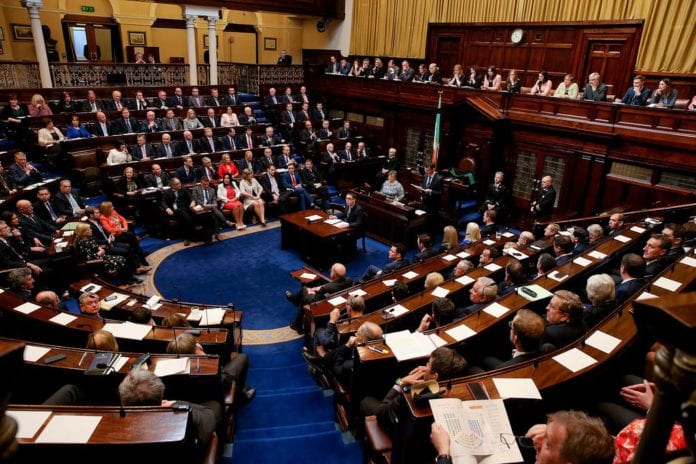 An Taoiseach Leo Varadkar was challenged in the Dáil today over Merlin Park and the promised elective hospital for Galway.

Galway West TD Catherine Connolly asked the Taoiseach about the new hospital, and criticised the length of time it is taking to resolve issues in relation to Merlin Park.

“My specific question Taoiseach, is can you stand here in the Dáil over a situation where six months later, the two main orthopedic theatres in Merlin Park remain closed?

“We are still looking at a tender process for modular theatres – and tied in with that, you’ve made an announcement on Friday in relation to an elective hospital. Is that elective hospital based on the options appraisal that’s still underway and won’t report til May, or has it been picked out of the sky?” asked Deputy Connolly.

The Taoiseach said that those matters were discussed in the Programme for Government.

“I did give a detailed response to deputies on the question of Merlin Park specifically last week, on questions of promised legislation so I’d refer deputies to that answer,” he said.

On 7 February, Varadkar gave the following response to a question put to him by Roscommon-Galway TD Eugene Murphy.

“I sought information from the Minister for Health. He assures me that the HSE is committed to ensuring that a full elective orthopaedic service is restored in Merlin Park.

“In September 2017, the leaks in the roof of the building which houses the orthopaedic theatres occurred, necessitating the closure of both. There has been a full repair to the membrane of the roof which is required to secure the integrity of the building and these works are now complete.

“The theatres, notwithstanding the roof repair, date from the 1950s and do not meet current clinical standards. An independent clinical assessment has been undertaken to assess the feasibility of returning these theatres to use.

“The Saolta University Health Care Group management team has advised that the best way to restore effective capacity at Merlin Park is through the provision of two modular theatres on the Merlin Park site. The tender process for these modular units is at its final stages and it is expected that a contract will be awarded in coming weeks,” said an Taoiseach Leo Varadkar.