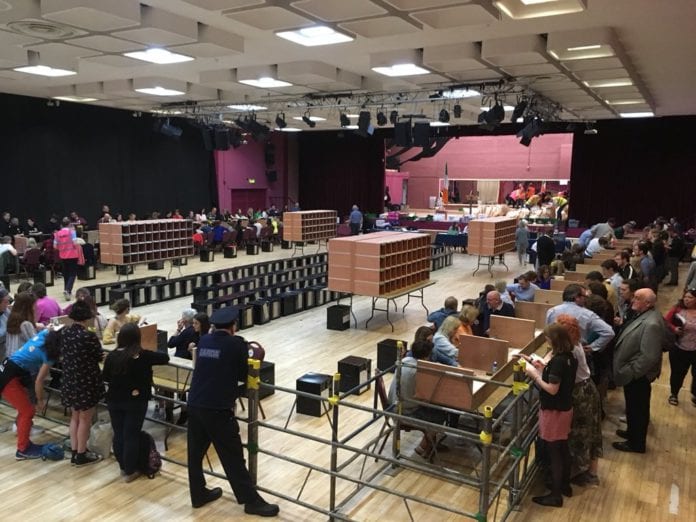 Counting of the votes from yesterday’s referendum on the 8th amendment is underway, and indicates a strong Yes vote across Galway.

While no official results have been announced yet it looks as if all three districts in Galway voted Yes, though with varying degrees of support.

Support for the Yes side is strongest in Galway West where early tallying puts the result at 65% in favour of repeal, with several polling stations in the city area pushing closer to 80%.

The islands, who voted on Thursday, also had a strong Yes vote with stations at Inis Oírr and Inis Mór both close to 70%, while Inis Meain has a 60% Yes vote.

The result in Galway East says 61% Yes, more than was predicted earlier when the outcome looked to be 55% Yes, 45% No.

Kinvara has returned the highest Yes vote of towns in Galway East according to tallies with 72%, while Portumna is looking like a much closer outcome with 53% of people voting Yes and 39% voting No.

Galway-Roscommon is looking likely to return the closest vote with tallies saying 57% voted in favour of repeal.

Elected representatives who campaigned for the No side have been indicating this morning that they will support the government enacting legislation to provide for abortion in the wake of a decisive Yes vote by the people.

Standing together with @ailbhes @Together4yes for the women and men of Ireland who have spoken & together we must respect the peoples choice & I will be backing government legislation @fiannafailparty @rtepolitics @rtenews @RTEOne_1 @GWYEastForYes #Referendum2018 #8thRef pic.twitter.com/K13EUjunPK

Final results for the referendum to repeal the 8th amendment will come in later this afternoon.