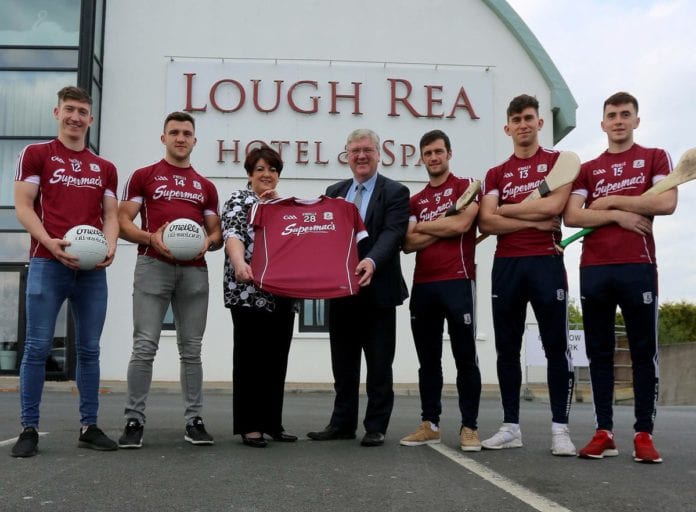 Local fast food giant Supermac’s has renewed its sponsorship of Galway GAA for another five years.

Supermac’s will continue to sponsor the men and women’s minor and senior inter-county teams until 2022 in a deal believed to be worth €2 million.

Supermac’s first began its long relationship with local sports by sponsoring the local hurlers in 1991, and in 2013 expanded its coverage to the county football players as well, marking the first time both Galway teams played under a single jersey.

Speaking to the Irish Times Pat Kearney, chairman of Galway county board, said the deal will ensure Galway is prepared for any future challenges.

“Galway GAA is delighted that an agreement has been reached and that Supermac’s will continue to be the main and exclusive sponsor of all Galway GAA Inter-County Teams.

“This renewed sponsorship will ensure that Galway Inter-County Teams will be provided with the all of the resources necessary to compete at the highest levels of all National competitions in the years ahead.”

Jersey 28 for 28 years. @SupermacsIRE's & @Galway_GAA agree new 5 year deal to extend a partnership that began in 1991. Supermac's will sponsor all Galway Intercounty Teams in Football and Hurling until 2022. #gaillimhabú pic.twitter.com/nKgyABkD6A

Pat McDonagh, founder and managing director of Supermac’s Pat McDonagh said, “Our sponsorship of the county teams is an important part of our relationship with the GAA but equally as important for us is the sponsorship we provide at local club level.

“It is the connection with supporters via club and county that makes the GAA the special organisation that it is.”

Supermac’s first opened its doors on Main Street, Ballinasloe way back in 1978, since then it has grown to a beloved national and international brand that still has its roots planted firmly in Galway.