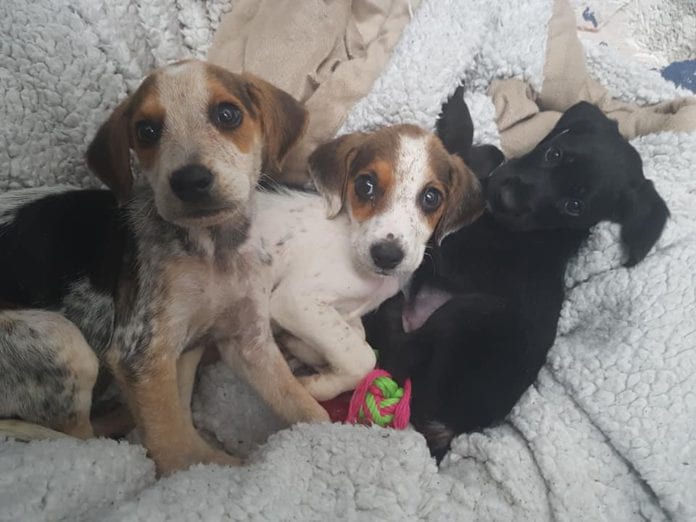 A fortnight has passed since 16 puppies were rescued from an abandoned horsebox in Athenry.

On Tuesday 17th July 16 malnourished puppies were rescued having been found in an abandoned horsebox in Ballydavid, Athenry.

The local authority Galway County Council with the assistance of Gardaí ensured the puppies were assessed and treated by the county vet following their rescue.

In total 9 of of the 16 puppies were too weak to fight for survival while seven of them have continued to battle through.

MADRA today released a statement to say that one of the weakest pups has battled through and is now gone into foster.

“Little Logan has us all very worried that he wouldn’t survive his ordeal after being found in an abandoned horse trailer two weeks ago.

“You can see from the photo on the left, how sickly and underweight he was. He was brought to Barna and Moycullen Veterinary Clinics and was kept in for treatment.

“Out of the 16 puppies rescued, only seven survived and we are still devastated. We were terrified Logan would pass away too and we willed him to pull through.

“Thanks to the compassionate and amazing vets and vet nurses in Moycullen vets, Logan managed to pull through and has gone into foster to learn all about how fun life can be now. Here he is in foster getting a cuddle from Evelyn!  We hear he is absolutely flying it now and such news has made our hearts soar!” 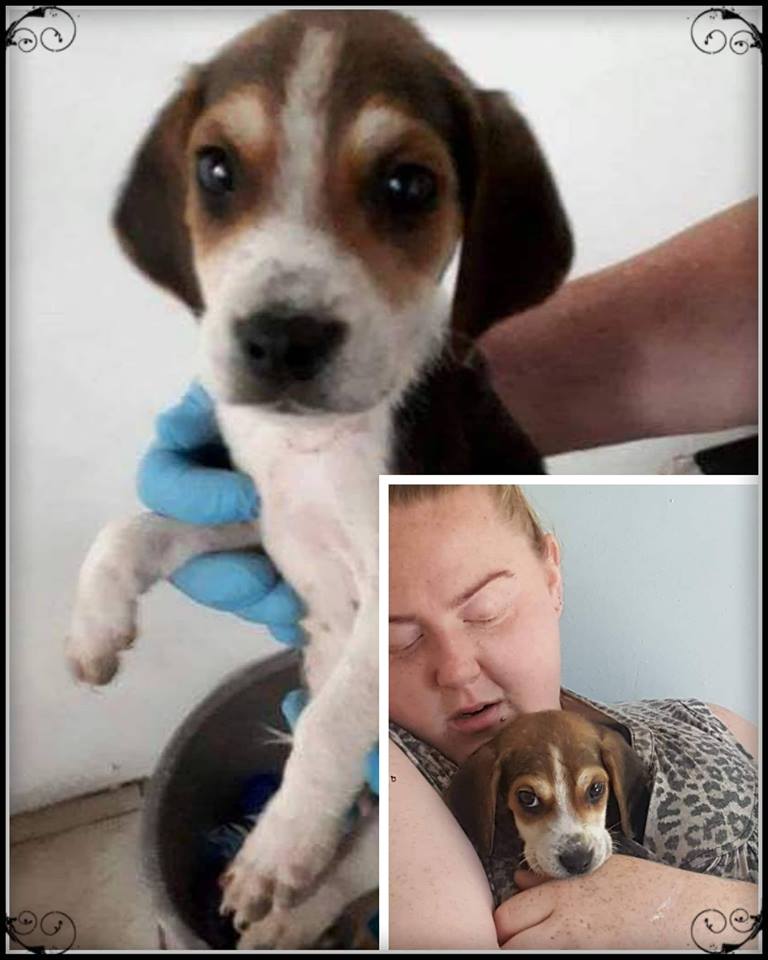 Following the rescue of these 16 puppies in their malnourished state, MADRA are urge anyone considering buying a puppy to adopt from a local rescue shelter and to visit the Irish Pet Advertising Advisory Group website – IPAAGie – for information.

“We implore people to #adopt a rescue puppy or dog instead of buying one. This needless suffering has to stop,” MADRA said.