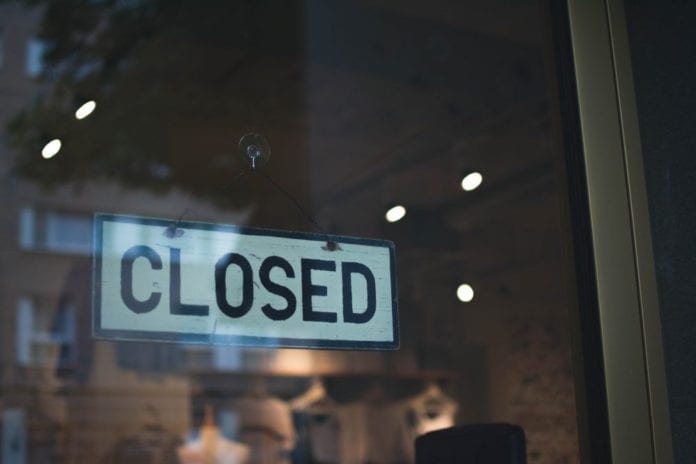 A multi-ethnic food retailer on Prospect Hill in the city was one six businesses served with a Closure Order by the FSAI in August.

A Closure Order was issued against Super Ketones of 76 Prospect Hill on August 22 by the Food Safety Authority of Ireland.

The order was made for reasons of premises hygiene, poor pest control, spoiled frozen food, and generally bad food safety.

Super Ketones says on its Facebook page that it is a retailer for “African, Asian and European Foods”.

The FSAI inspector’s report said that almost everything connected to the staff toilet was “filthy” including the walls, window fly screen, cleaning mop and bucket, and the toilet itself.

In addition “Pools of water were noted on the floor throughout the rear of the shop” and the floor could not be kept in good hygiene due to multiple rips and tears.

Multiple items of old and unused equipment was still present and in a filthy condition.

The walls of the cold room were also “filthy” and shelving units were rusted, and mould had overgrown the extractor fan guards of the upright fridge.

While the internal surface of the deep freezer were “encrusted with ice, food debris, meat bloods and other
food residues”.

Inspectors also said that the large freezer at the rear of the premises was “over-stocked” and didn’t keep a core temperature of -18 degrees or less.

The temperature of the freezer recorded on a calibrated thermometer at the time was -4.4 degrees.

“There was a bad smell emanating from this unit” the inspector said, adding “All food in this freezer was determined to be no longer fit for human consumption and was disposed of”.

Super Ketones was criticised for not properly implementing a Food Safety Management System with little to no critical monitoring and no probe thermometer available at the time of inspection.

Also related to food safety, the inspector bluntly stated “The food business operator did not demonstrate a basic knowledge or understanding of food safety”.

The last reason cited in the closure order was improper pest control, such that “Flies were noted throughout the premises particularly at the vegetable display area”.

A gap under the door of the premises was also called out, since the owner had previously been warned of it by a pest control company.

In totality the inspector said that “The matters outlined above highlight a lack of knowledge and basic understanding of basic food hygiene requirements.”

The closure order has not been lifted by the FSAI as of the time of publication.