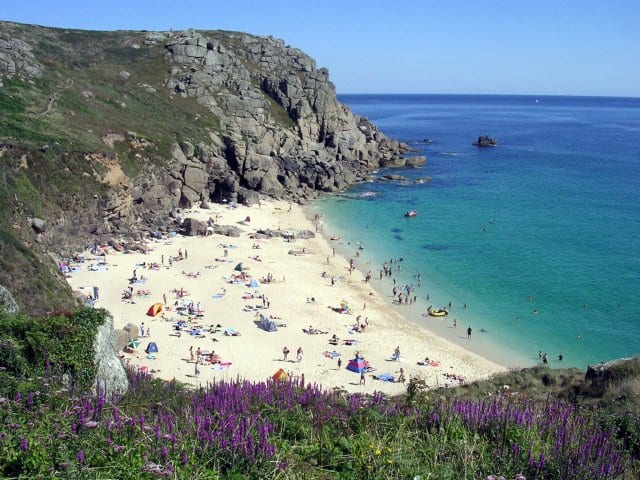 Results from a major study carried out by scientists from NUI Galway and the University of Maine have indicated that the impact of abrupt climate change in Britain and Ireland and maritime Europe may be much different from previous perceptions of these events.

The findings, published today in the international journal, Paleoceanography and Paleoclimatology, raise the possibility that future weakening of warm ocean currents in the North Atlantic will result in a return to a highly seasonal climate in Britain and Ireland and maritime Europe, with warmer summers and colder winters.

Some fear that the weakening of the warm Atlantic currents will occur as a result of global warming and the melting of the Greenland Ice Sheet.

The study investigated how abrupt climate changes such as high-magnitude shifts in average climate has impacted maritime Europe at the close of the last ice age.

The ice age is often thought of as something that happened gradually over very long periods, yet previous studies indicate that this is not the case.

Existing climate records show that after the peak of the last ice age, 20,000 years ago, warming of the atmosphere and ocean to modern Holocene (current ‘interglacial’ warm period) levels was not gradual and smooth but dynamic, interrupted by rapid returns in as little as a few years to decades, to very cold climates lasting centuries to millennia, which means it was a very bumpy ride for Earth’s climate out of the ice age.

The most recent abrupt climate event is called the ‘Younger Dryas’ and occurred between 12,900 and 11,600 years ago, prior to the onset of our current warm Holocene climate 11,000 years ago.

Ice core records from Greenland and palaeoecologic records from throughout Europe are traditionally interpreted as showing the Younger Dryas as a 1300-year period of severe cooling and permafrost in the North Atlantic region, potentially caused by the weakening of warm ocean currents, such as the Gulf Stream, that transport tropical heat to Europe.

Lead author of the study, Dr Gordon Bromley from the School of Geography and Archaeology at NUI Galway, said: “We used radiocarbon dating of marine shell remains to determine when the last glaciers existed in Scotland, what we call a ‘glacial event’.

“There’s a lot of geologic evidence of these former glaciers, including deposits of rubble bulldozed up by the ice but their age has not been well established.

“Instead, it has largely been assumed that these glaciers existed during the cold Younger Dryas period, since other climate records give the impression that it was a cold time.

“To establish the true age of the glaciers we dated shells that were already dead or had been killed as the glaciers advanced into the fjords and shovelled up seafloor sediments.

“Our new radiocarbon data crucially shows that the glaciers existed before the Younger Dryas and that they were melting rapidly and disappeared during that period.

“As this doesn’t fit with the traditional notion of the Younger Dryas as a uniformly cold event, we found that despite the cold winters, summers had to be warm as it is the intensity of the summer melt season that dictates glacier ‘health’.

“This finding is controversial and if we are correct, it helps rewrite our understanding of how abrupt climate change impacts our maritime region, both in the past and potentially into the future.”

Findings from the data collected

This new data collected in Scotland by the scientists, challenges the idea that the Younger Dryas was an abrupt return to a glacial (ice age) climate in the North Atlantic, by showing that the last glaciers there were actually decaying rapidly during that period.

They interpreted this meltdown as reflecting atmospheric warming and found that the Younger Dryas was actually characterised by extreme seasonality.

This means that although winters in Britain and Ireland were extremely cold, summers were a lot warmer than previously thought, a situation that is 180° from today’s highly maritime climate in this part of the world (mild winters and cool summers).

As it is crucial to establish how past abrupt climate change was manifested here in order to prepare for future disturbances, these findings reshape scientific understanding of how the weakening of warm currents in the North Atlantic might impact Ireland’s climate.

The shells ended up inside the glacial deposits, where the scientists found them, and provide a maximum age for the glacier advance.

Similarly, to determine when the glacial event was over and the ice had melted, they dated a shell and also vegetation that was the first organic matter to colonise the newly ice-free landscape. This data provided a minimum age for the glacier advance.

Shells were collected by Dr Bromley from NUI Galway and Professor Harold Borns from the University of Maine at sites on the west coast of Scotland where glacial moraines have been eroded by the sea, rivers, or lakes, affording them access to the shells.

Despite being as much as 14,000 years old, the shells were extremely well preserved and some even retained the fragile periostracum (outermost layer of the shell) and membranes joining the valves. Others have been crushed by the weight of ice as the last glaciers bulldozed the seafloor. While all of these shell species are still in existence in the North Atlantic, many are extinct in Scotland where ocean temperatures are too warm.