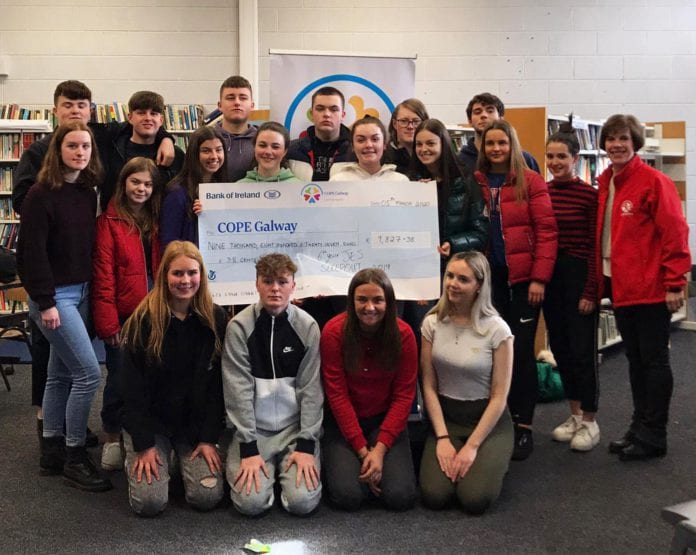 The money was raised by 6th year students at the Jes who took part in an annual Sleep Out to raise funds to help the homeless in Galway.

The enterprising students managed to raise a whopping €9,827 which will be a great benefit to those without a home, or at risk of becoming homeless.

Among the homelessness services run by COPE Galway are Fairgreen Hostel for individuals who don’t have a roof over their head, and supports for families who are facing homelessness.

The money raised during the sleep out, which took place last December was recently presented to COPE Galway.

The charity thanked all the students who took part in the event, as well as Jerry Sheehan, who organises it each year.