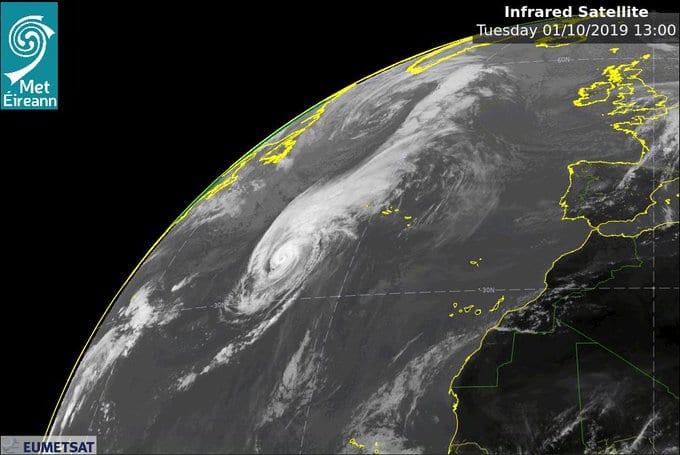 A Status Orange weather warning covering Galway and four other counties for the worst of Storm Lorenzo has been extended further into Friday.

It comes into effect at 6pm this evening and was originally to expire at 3am on Friday morning, but the national forecaster has now extended its duration until 6am tomorrow.

Two other wind and rain weather warnings covering all of Ireland are also in place today, with more than 50mm of rainfall expected to accumulate in the west of Ireland.

Galway City Council has enacted a number of safety measures today as flooding from rain and overtopping caused by storm surges is expected.

Sandbags are available for filling at Claddagh Hall, Mutton Island, and the former tourist office next to the Atlantaquarium.

Salthill and Seapoint promenade will be closed from 5pm onwards and the inflatable flood barrier has been erected at the Spanish Arch.

People are being urged not to travel this evening, but if they must then to be wary of fallen trees, branches, and other blown