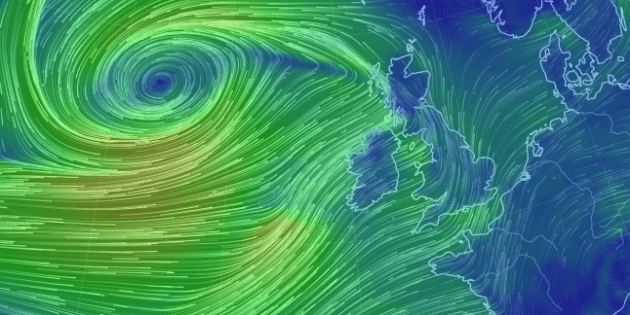 Galway is bracing for extreme winds and flooding today as an orange weather warning for Storm Brendan in now in effect.

As Storm Brendan tracks over Ireland it is expected to bring winds of 65 – 80km/hr to Galway, with gusts of up to 130km/hr, strongest in coastal areas.

There are two status orange warnings in place today, and the one covering Galway came into effect at 5am and will remain in place until 9pm as of the latest update from Met Eireann.

The Severe Weather Assessment Team at Galway City Council met on Sunday to prepare for the storm, and as a result the Salthill Promenade and its car parks are closed today, as is Toft car park.

The flood barrier has also been installed down at the Spanish Arch to protect against any overtopping, however no significant flooding has been reported as of now.

The OPW has issued a high tide advisory, with a period of high astronomical Spring Tides approaching Highest Astronomical Tide until this Wednesday.

The Irish Coast Guard and An Garda Síochána are communicating public safety advice based on the warnings issued by Met Éireann.

All road users should be advised that road conditions will be extremely hazardous today and they should slow down and exercise extreme caution.

People are advised to stay away from exposed coastal areas for the duration of Storm Brendan.