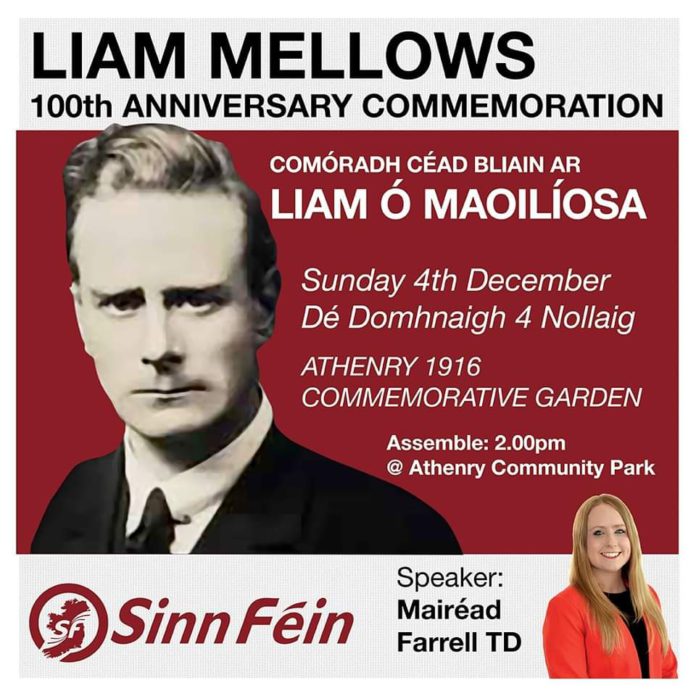 Mellows led the 1916 Rising in Galway, the largest mobilisation of volunteers outside of Dublin in 1916.

He then became a TD for East Galway and director of supplies for the IRA during the War of Independence.

One of the most prominent anti-treaty TDs, he was also among the most effective leaders of the anti-treaty forces.

Liam Mellows was executed in by the Free State on 8 December 1922 with Rory O’Connor, Joe McKelvey and Dick Barrett at Mountjoy Gaol.