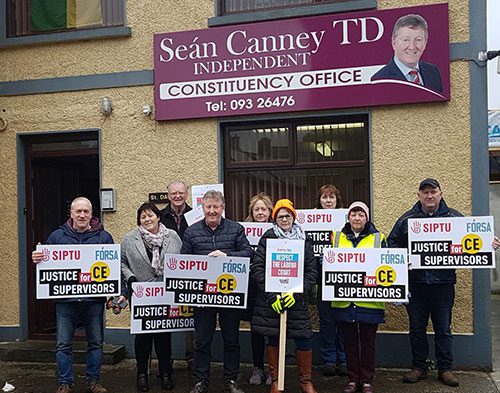 The gratuity payments due to retired community supervisors will be paid out in the coming weeks, local TD Seán Canney has said.

Supervisors have been campaigning for many years for a gratuity to be paid as they were not recognised for any pension rights.

Deputy Canney said that the Department of Public Expenditure and Reform were reluctant to recognise their employment status.

The Independent TD, who was told by Minister Joe O’Brien that the payments will be made shortly, said that the retired supervisors have contributed so much to local communities.

“Thankfully a solution was reached, and the retired supervisors were awarded a gratuity based on years of service,” said Deputy Canney.

“This agreement was reached some time ago but to date no payments were made to those supervisors who retired.

I met with Minister O’Brien yesterday and he confirmed that the gratuity will now be paid in the coming weeks.”

He said that they deserved to be recognised for the valuable service they have provided in local communities, “and I am delighted that this issue is now sorted.