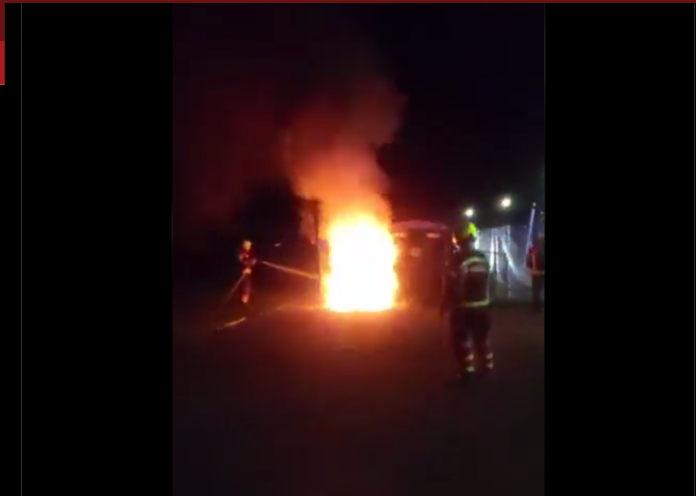 There were shocking scenes at Galway Bohemians Football Club in Knocknacarra which was affected by a possible arson attack on Saturday night.

Galway Fire Brigade attended the blaze at the football club at 9pm on Saturday, where there was damage done to the compound housing its equipment.

Councillor Mike Cubbard, who is a volunteer coach with the club, said that it was “soul destroying” for everyone, but thanked the community for the outpouring of support.

As a volunteer coach at @GalwayBohs, it is soul destroying when you see a mindless arson attack on the area we store our equipment.

Over 200 kids benefit from the coaching in Miller's Lane, let's hope we have not lost too much in this fire last night.

Fortunately for the club, there was no damage done to their football equipment itself which was inside a container, Mike Cubbard said.

But he added that a portaloo installed by the council was destroyed, as were traffic cones used to direct traffic, and possible some goal nets used for the U12s and down.

Cllr Cubbard added “The support from the local community has been very welcome as so many are upset by this mindless act of vandalism”.

“It’s just so frustrating. We’re a small club, but now have over 200 members in the juvenile section. This arson attack is soul destroying to all those involved.”