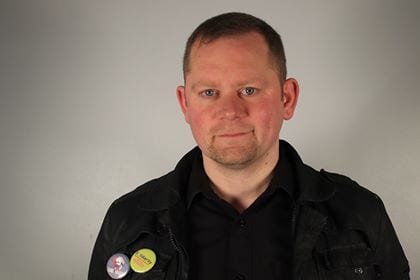 Solidarity has named Conor Burke as their candidate to stand in the Galway West – South Mayo constituency in the upcoming election.

It was announced by Taoiseach Leo Varadkar today that the next general election will take place on Saturday, February 8.

Mr Burke has been nominated to stand in for Solidarity as one of their founding members with a history of activism in relation to housing, the environment, water charges, the 8th amendment, and marriage equality.

Mr Burke said that in the current climate, many young workers, students and families are struggling to make ends meet.

“Massive increases in rents, insurance costs and the general cost of living are contributing to the deprivation of many people,” he said.

“The so called economic recovery has largely bypassed many low and middle income people leading to a situation of massively increased inequality within our society.”

He warned that some are predicting another global economic downturn, which he said would have a “catastrophic” impact on Ireland as a small, open economy.

“Fundamental weaknesses” in our economic system will “come back to haunt us sooner or later” Burke said, dismissing any praise for Fine Gael’s governance.

“Our national debt has actually more than doubled since the bank bailouts in 2008, which isn’t as much of a problem when the economy is growing but if another harsh recession is immanent we will be back to looking at our debt to GDP ratio and the likely spectre of more crippling austerity.”

In fact the national debt now stands at €215 billion, many times larger than in 2008 when the figure was €43 billion.

Conor Burke said that people need to go into this election with their eyes open and keeping these financial realities in mind.

“In that context we need strong left wing and socialist voices in the Dail that will fight in the interests of low paid and middle income workers, while also tackling the housing and health crises,” he concluded.