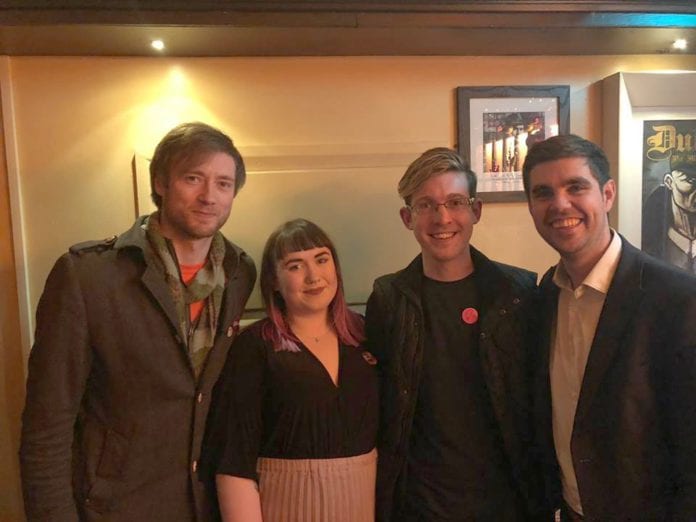 Owen Hanley has been selected as the Social Democrats’ candidate in Galway City East for next May’s local election, completing the party’s Galway City team.

Mr Hanley, a native Galwegian, was a student activist and is a local campaigner involved with the successful gender discrimination campaign lead by Micheline Sheehy Skeffington, the successful Together for Yes campaign earlier this year, and was a canvass leader in the local Michael D. Higgins re-election campaign.

Owen Hanley said: “My generation are the children of austerity. I have the seen the consequences that the average household has paid on behalf of the greed and incompetence of the few.

“Homelessness, depression, broken hospitals, traffic-filled cities define my generation. But in turn so too has activism, solidarity, mobilisation, and in turn progress. We need public representatives that reflect the social progress that has taken place since 2014.

“The next five years will define Galway for the next 50. Eastside needs an idea orientated council that debates solutions to the transport issues that are choking our city, prioritises local authority built homes, and tackles illegal dumping and anti-social behaviour, as well as supports the best in our communities.”

Mr Hanley said that local politics must echo a broader set of values with progressive solutions to climate change, the housing crisis, transport, and the precarious economy.

“As the youngest candidate of the youngest party I am confident in saying that the Social Democrats don’t just talk about change, we are change,” he added.

Mr Hanley’s selection has been warmly welcomed by his counterparts, with John Crowley saying: “I am very excited to be working with such a committed group of talented activists and candidates.

“There is a real opportunity here to revitalize and energize our council. Given the opportunity, this dedicated and passionate team will work to create an inclusive and fair community for all.”

Galway City Central candidate Sharon Nolan added : “For the future of politics, it’s essential that more young people are engaged and participating. It’s vital that we have representation that has a key understanding of the struggles and challenges of Ireland today, and are excited ready to stand for change.”

Niall Ó Tuathail said: “Owen has been a big part of the Social Democrats in Galway as well as other campaigns. He is passionate about making change happen in Galway, and is full of energy and integrity. I know he will work hard for Galwegians, along with our other candidates.”