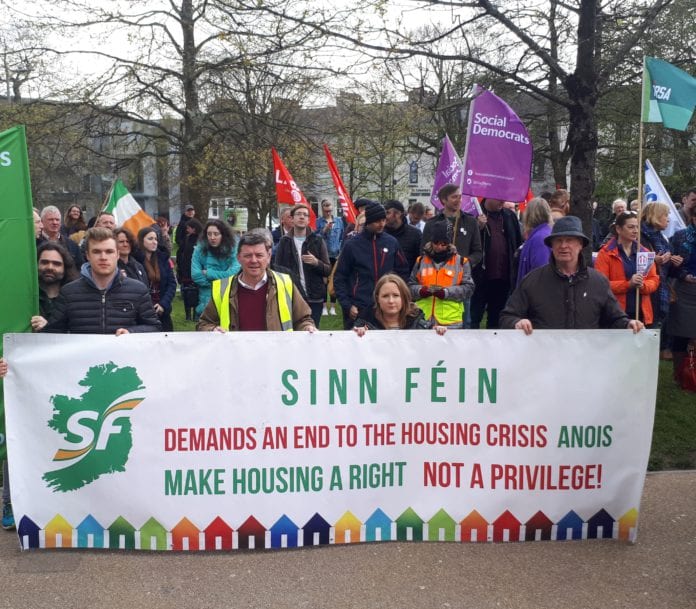 It’s been a bad day for Sinn Féin in Galway and nationwide as the leftist party has lost all of its seats on Galway city council.

Sinn Féin had three councillors on the city council, one each in the west, central, and east districts, all of whom have lost their seats.

Mark Lohan lost his City Central seat his first time running for election given the fact he was co-opted onto the Council by Anna Marley.

Lohan was eliminated in the fourth round of counting for the city central district, though his seat has yet to be filled as there is a recount for Galway City Central scheduled for today.

Things looked sketchy for Lohan from as soon as the tallies came in on Friday with placing him in 12th place at 4.72 percent of the vote.

Cathal Ó Conchúir has been eliminated from the Galway City West Ward where he was polling in ninth place.

With just 17 votes between the two Farrell requested a recount yesterday but the results were unchanged.

Farrell said on twitter that she was “disappointed to have lost out today by a handful of votes” but added that Hanley would be a “formidable councillor”.

It seems that the Green Party surge has bruised every party nationally and that extends to Sinn Féin in Galway.

The Social Democrats have also experienced a surge in support with Owen Hanley taking a seat in the city east and Sharon Nolan still in the running for a place in the city central district.