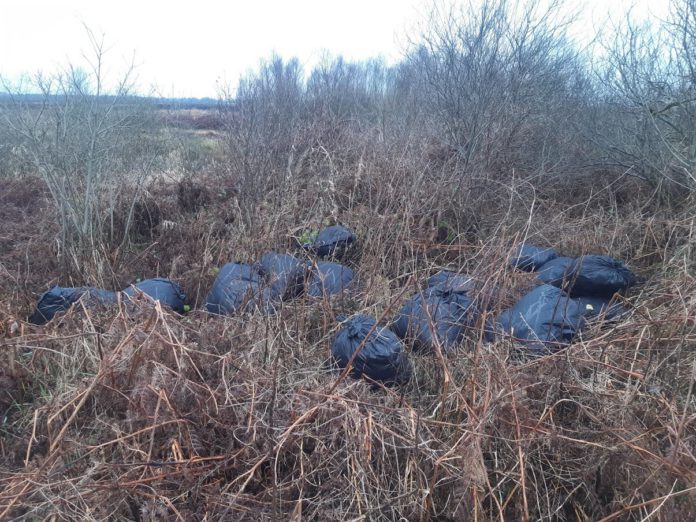 Galway East Sinn Féin have launched a survey asking for people’s views on illegal dumping across the county.

The party’s representative in Galway East Louis O’Hara has called on people across Galway to take part in the survey and have their voice heard.

He says that illegal dumping is a blight on our communities and that it is frustrating for the vast majority who pay for their waste collection.

“It is a growing problem, and it is estimated that illegal dumping has increased by up to 25% across the state since the beginning of the COVID pandemic,” said Louis O’Hara

A number of incidents of dumping have occurred in recent weeks – in Ballygar a JCB and flatbed truck had to be used to clear an illegal dumping site, and in Derryfadda Bog near Ballyforan 97 bags of rubbish were gathered during a clean-up of illegal dumping there.

Mr O’Hara said that he has been contacted by numerous people across the county over the past number of months concerned about increased illegal dumping in their local area.

“As well as its harmful effects on the environment, illegal dumping costs the state a huge amount of money to clean up,” he said.

“More than €100 million euro per year is being spent by local authorities on addressing the issue. It is a huge strain on the resources of Galway County Council and takes funding away from services where it is badly needed.

The results from the survey will be analysed and raised with both Galway County Council and the Government to highlight what needs to be done.