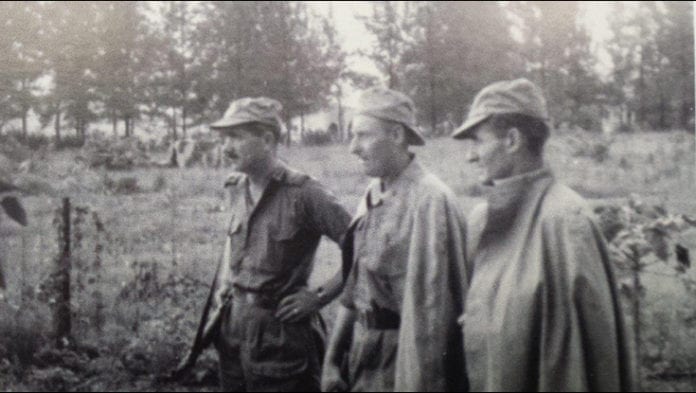 Commandant Leo Quinlan will deliver a public lecture on the experiences of his father Pat Quinlan and 155 other members of the Irish Armry at the Siege of Jadotville.

The Siege of Jadotville, fought in the Democratic Republic of Congo in 1961, was the largest battle involving Irish soldiers in the history of the State.

Irish soldiers from A Company, deployed to the Congo as part of UN peacekeeping operations, fought against a combined force of 3,500 Luba tribesmen and Belgian, French, and Rhodesian mercenaries in the province of Katanga.

They fought off a superior force for six days until, having run out of ammo and low on food and water, the Irish forces surrendered.

This has been commemorated in numerous books and documentaries, and the well received film on Netflix, The Siege of Jadotville.

Beyond just the battle itself, this lecture at NUIG will describe the actions of the men from A Company over the course of their six month deployment to the Congo.

It draws on information about this historic encounter not generally in the public domain, based on Commandant Pat Quinlan’s memoirs.

Leo Quinlan, was commissioned as a Lieutenant and served in the Irish Army for 25 years, and overseas with the United Nations.

During his army service he served with many veterans who served under his father at the Siege of Jadotville.

After leaving the army he has worked as a consultant/project leader for the European Commission in 47 countries.

He lives in Barna, Co. Galway, where he works as a professional landscape artist with his own Art Gallery.

Professor Daniel Carey, Director of the Moore Institute at NUIG said the Siege of Jadotville was “truly historic”.

He added that “It remains remembered as a remarkable demonstration of heroism. Leo Quinlan is in a unique position to tell the story of this episode through his father’s involvement and recollections.”

he lecture will take place on Tuesday April 9, at 5pm. For more information contact Daniel Carey, Moore Institute, NUI Galway, at Daniel.carey@nuigalway.ie or 091 493083.