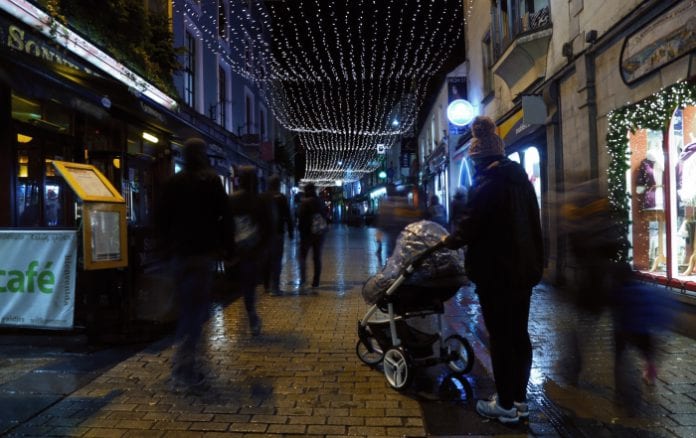 The Galway Simon Community have responded to the latest emergency accommodation figures, saying that its unacceptable that so many will spend Christmas without a home.

The October figures show that there were 458 people in the West of Ireland living in emergency accommodation, a 57% increase in homelessness on the same period last year.

Within those figures are 77 families with 167 children who don’t have a home to call their own.

Karen Golden, CEO of Galway Simon, said that it’s a shocking indictment that so many children have to wake up each day facing long term homelessness.

“Emergency accommodation is supposed to be a temporary solution,” she said.

But more and more people are having to live in it long term, with all the stress that brings, “because there is just simply nowhere for them to move on to.”

Ms Golden said more focus needs to be place on prevention rather than cramming people into emergency accommodation as the crisis continues to worsen.

Rents have risen 41% in Galway over the past three years according to Galway Simon, and in that time very little new housing has come online to take the pressure off.

“Back in 2014, there were only 36 people recorded as being in emergency accommodation and that figure has shot up to 458 in just four years.”

And the numbers of people officially in emergency accommodation are just the tip of the iceberg, she warns, and don’t accurately reflect the scale of the crisis.

“They do not include rough sleepers, couch surfers or those involuntarily sharing,” Karen Golden listed off.

“We are currently working with approximately 350 households, yet less than twenty of these would be included in the Emergency Accommodation figures.”

Speaking in response to these figures, Galway Simon talked about how people who’ve never had a problem before can suddenly find themselves at risk of homelessness because of a shift in their expenses.

Helen, not her real name, and her family are being supported by Galway Simon after narrowly avoiding homelessness.

Three years ago they were very nearly evicted from their home, but the charity’s homelessness prevention team was able to help them keep their home.

“Three years ago, my children, my husband and I nearly ended up being evicted from our home – and we still may end up there yet,” explains Helen.

“At that time, my youngest daughter was born weeks early and I suddenly needed to buy lots of important equipment to keep her healthy and alive.”

“We had no savings. Bill after bill was stacking up so we dipped into the rent money thinking … we would work that out later. What else could I do?”

“We fell severely behind in our rent and the next thing we knew, we were being threatened with eviction. It was terrifying. Just blow after blow kept landing on us.”

“The accumulation of several knock-backs – the girls health issues, a death in the family, the kind of thing that could happen to anyone, but all happening at once.”

The charity explained that with Galway’s ongoing housing shortage, their efforts for their for the future will continue to focus on keeping people in their homes.

Karen Golden acknowledges that an emergency response is needed so people have a roof over their heads while they try to secure a more permanent home.

But hotels and B&B’s were never meant to become long term homes she said, “Children stuck in this kind of accommodation are having their childhoods taken away from them.”