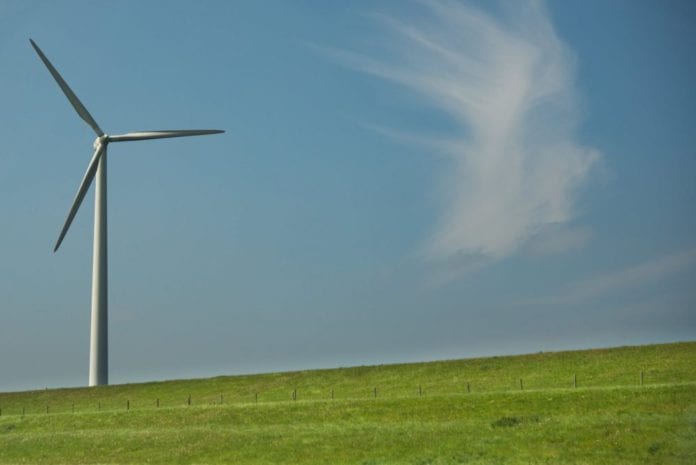 A planning application has been submitted with An Bord Pleanála for a €12.5 million wind farm at Ardderroo, Connemara.

The application is being made directly to An Bord Pleanála as a ‘Strategic Infrastructure Development’.

Ardderroo Windfarm Ltd are seeking a ten year permission for the wind farm which would have an operational life of 30 years.

The proposed wind farm would have 25 turbines with a blade height of 178.5m.

Other works that that would be involved in the development include the construction of a 112m tall permanent meteorological mast.

This is the third application for permission that Ardderroo Windfarm Ltd has made in the past several years.

Similar applications for a wind farm were refused by An Bord Pleanála in 2014 and 2015.

In making its decision at the time An Bord Pleanála proximity to several protected areas of conservation for birds and bats.

The board found at the time that the information supplied by Ardderroo Windfarm Ltd was insufficient for the purposes of a proper environmental impact assessment.

An updated Environmental Impact Assessment Report and Natura Impact Statement have been prepared following on from two more years of ecological monitoring.

Much of the land for the proposed site is owned by Coillte, who have consented for it to be developed as a wind farm.

Two other private landowners have also consented to an application being made as regards their land.

Currently much of the land in the townlands of Ardderroo, Letter, and Finnaun is used for commercial forestry.

Under the county development plan the area is considered eligible for wind energy projects.

This area has been a popular choice for wind farm development, with SSE’s Galway Wind Park and multiple other adjacent wind farms.

The rate of crack use has become a matter of increasing concern, with the HSE distributing 50,000 crack pipes to people in Galway, Limerick...
Read more
NEWS

Water supply disruptions expected in parts of Salthill next week

The Kiltullagh to Athnery Rd (R348) remains blocked between Kiltullagh itself and the M6 flyover after a crash this afternoon.The road has been blocked...
Read more
Facebook
Twitter
Pinterest
WhatsApp

Is green hydrogen the key to powering Ireland’s islands?

Researchers from NUI Galway are participating in a new large scale experiment to examine how green hydrogen could be made a big part of...
Read more

A spike in coronavirus cases in the Tuam area earlier this month contributed to the sharp increase in cases reported in Co. Galway.The latest...
Read more

The rate of crack use has become a matter of increasing concern, with the HSE distributing 50,000 crack pipes to people in Galway, Limerick...
Read more
Load more