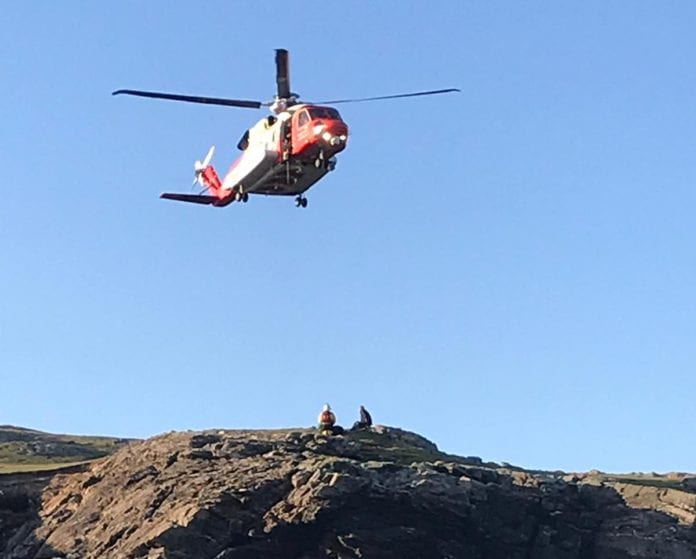 A stranded sailor was airlifted to safety by the joint efforts of the RNLI and Coast Guard on Friday evening after becoming shipwrecked.

Two lifeboats from the Clifden RNLI station were called out at 5pm on Friday in response to reports of a lone sailor on a yacht who was shipwrecked on Inishark Island.

The 25 foot yacht had engine failure southeast of the island and was being smashed against the shoreline under the cliffs further southwest, where the sailor managed to make his way ashore. 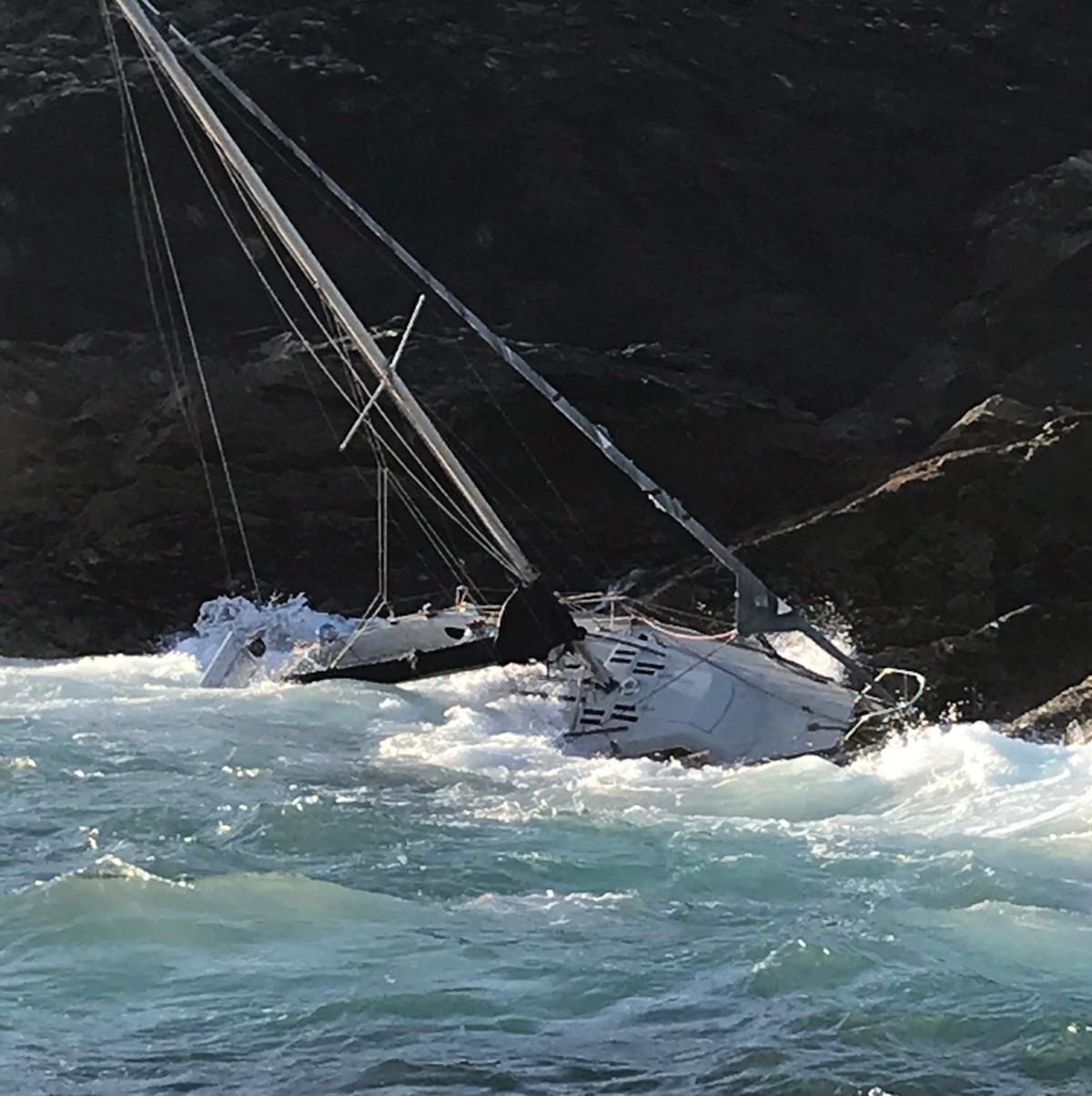 On arriving at the scene the Brianne Aldington all-weather lifeboat quickly found the shipwrecked yacht under the cliffs, and crew members spotted the boat’s skipper waving from the cliffs above.

By now it had been joined by the Joyce King which decided to put a crew ashore in order to assess the situation.

Helmsman Alan Pryce conducted a veering down manoeuvre, which involves positioning the boat safely in difficult weather conditions by dropping anchor and using the rope and tension to keep the boat steady.

The Shannon class lifeboat was also able to provide some cover from the wind for crew member Ian Shanahan to let him get to shore safely.

Upon assessing the situation he found that the man appeared well but had sustained minor injuries during the ordeal.

Both men were airlifted to safety by the Coast Guard Rescue 118 helicopter and the injured sailor was transferred to Castlebar General Hospital.

The severity of the weather meant that the yacht could not be recovered safely.

Both lifeboats returned to station at 7.20pm and Coxswain James Mullen said “This callout was a very serious situation for a lone sailor whose equipment had failed and luckily he was able to raise the alarm by mobile phone.”

“It really put into practise all of our combined training and seamanship skills and the rapid response times of both boats was remarkable.”

“This was the first callout with the new Shannon Class lifeboat fully involved and it was great to be able to work together so well and effectively”.