As the tourism industry re-opens from lockdown, Aran Island Ferries has launched a brand new service taking travellers from Galway City to Inis Mór and the Cliffs of Moher, creating 15 new jobs in the process.

The maiden voyage will depart from Galway City Docks on Friday morning following a blessing of the state of the art Saoirse na Farraige ‘Freedom of the Sea’ passenger ferry vessel, Ireland’s largest domestic  ferry.

This state of the art, purpose built, 400 seater passenger ferry will be escorted out of Galway Docks by the  Galway Hooker Sailing Club  in traditional Galway Hookers and Bád Mór.

A poignant choice of escort, as the first ferry operated by the O’Brien family and Aran Island Ferries from Ros a Mhíl in Connemara to the Aran Islands was on An Tonaí, a traditional Galway Hooker.

This new service will start with a scenic cruise through Galway Bay, taking in the contrasting beauty and scenery of the spectacular Wild Atlantic Way coastline of Connemara and Clare along with all three of the Aran Islands before docking at Inis Oírr.

The return journey to Galway City will bring passengers on a cruise along the iconic Cliffs of Moher. Galwegians and visitors to the city of the tribes are set to enjoy a safe, all-weather experience of the jewels in the crown of Galway Bay this summer.

“In light of the recent pandemic we’re delighted to now set this vessel free on Galway Bay for what will be a memorable cruise and visit to Inis Mór, the Aran Islands and the Cliffs of Moher in complete luxury and safety.”

“It’s a huge investment which will enhance the tourism product of Galway and the West, create at least 15 new jobs and bring excitement to what has been a tough year for all involved in tourism.”

One of five vessels to carry passengers on the new Aran Islands route, Saoirse na Farraige was commissioned by the O’Brien family, and built in Cheoy Lee Shipyards in Hong Kong to expand their fleet of 38 years.

The new ferry is captained by Shane McCole, a veteran of the sea with experience both as a commercial fisherman and on commercial boats in the North Sea, Norway and Brazil. 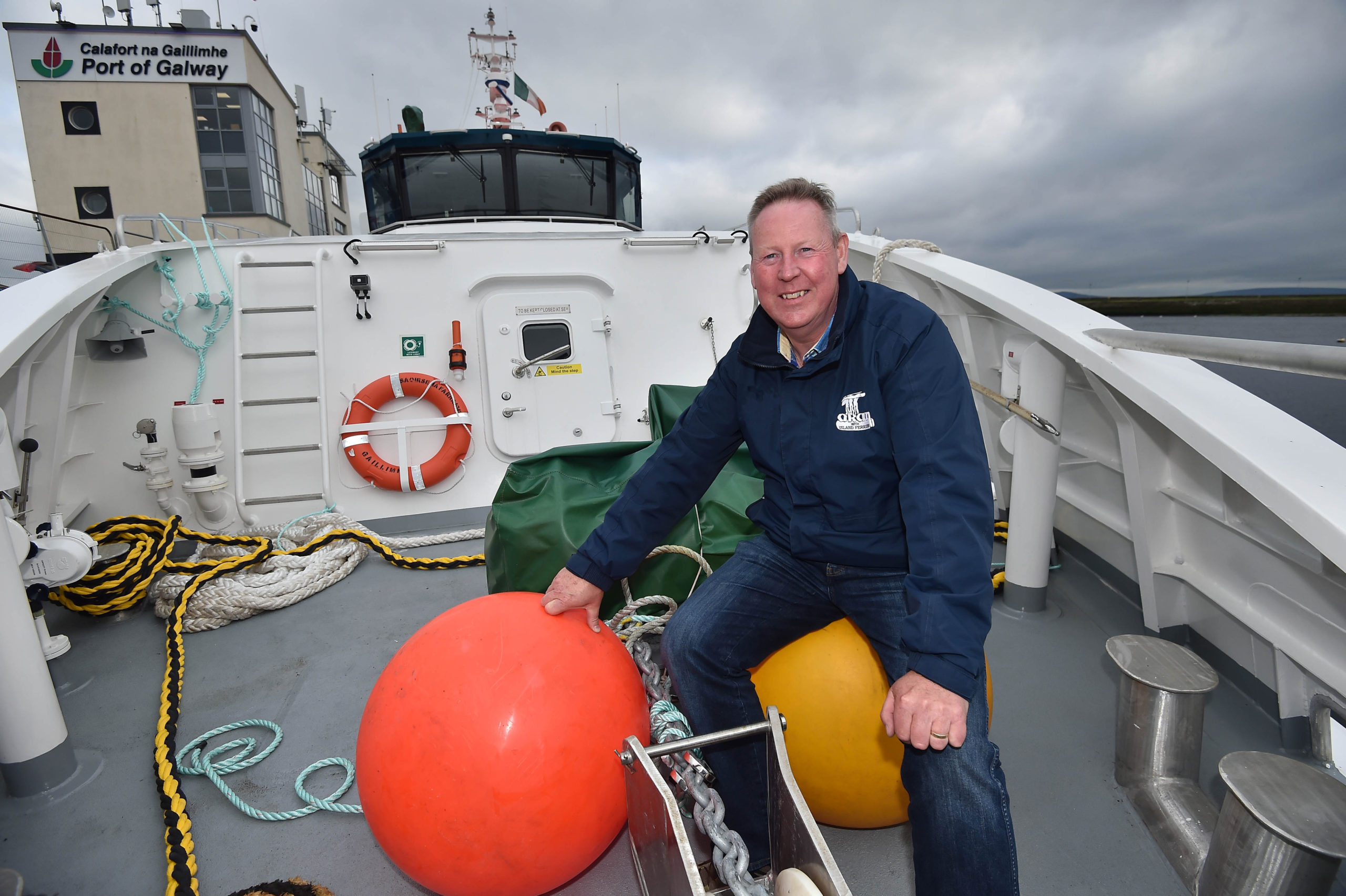 For the past four years he has been working with Aran Island Ferries, and is now taking the helm at their flagship vessel.

He said that he is honoured to be appointed to this role, adding that the ferry and new service is not just an investment for Aran Island Ferries, “but also for tourism in Galway City and the west of Ireland.”

Aran Island Ferries and the O’Brien family have sailed to the Aran Islands since the 1960’s primarily from Ros a Mhíl in Connemara.

This new route from Galway City is a significant investment for the company offering a tourism cruise product and creating an additional 15 new jobs.