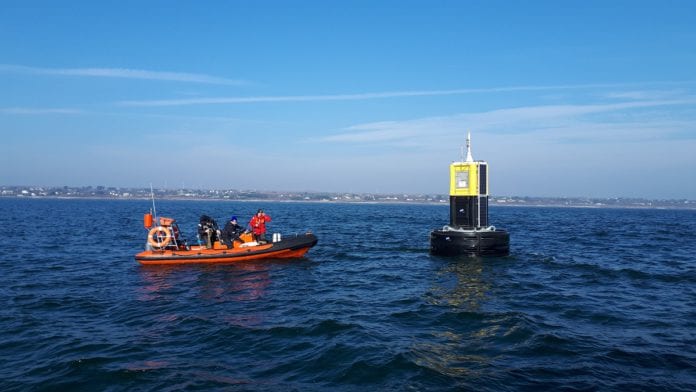 The Marine Institute issued an open call to academia and industry to apply for the National Infrastructure Access Programme to test their technology at the SmaryBay facilities in Galway Bay.

The Galway-Mayo Institute of Technology and NUI Galway were both among the successful applicants for funding from the Marine Institute.

NUIG is testing ‘Wave Resource Characterisation’ at the Galway Bay Marine and Renewable Energy Test Site off the coast of Spiddal.

While GMIT is carrying out ‘Environmental DNA/RNA metabarcoding for monitoring marine biodiversity’ which will pay particular attention to invasive species in the bay.

The awardees will each receive approximately €25,000 worth of support per project to trial and validate their technology and/or gain access to the relevant data feeds to carry out scientific research at the SmartBay Marine and Renewable Energy Test Site.

Other institutes which will be carrying out research and testing in Galway Bay under this round of funding include DCU, Sligo IT, Queen’s University Belfast, Dundalk IT, and Danalto Ltd.

These awards will see organisations deploy equipment on the test site, connect to and access the underwater observatory, and analyse the many data feeds which are collected on site every day.

CEO of the Marine Institute Dr Peter Heffernan said that the NIAP offers a great opportunity for academia and businesses to benefit from the use world class facilities in Galway Bay.

This will enable them to “prove novel technologies through deployments in real-sea conditions” he said.

Over the past seven years more than 50 projects have been awarded funding for testing in Galway under the NIAP.

The full list of projects which received funding in the 2018/2019 open call and details of what they are developing is:

The first of these projects are now preparing for deployment and testing over the coming months.