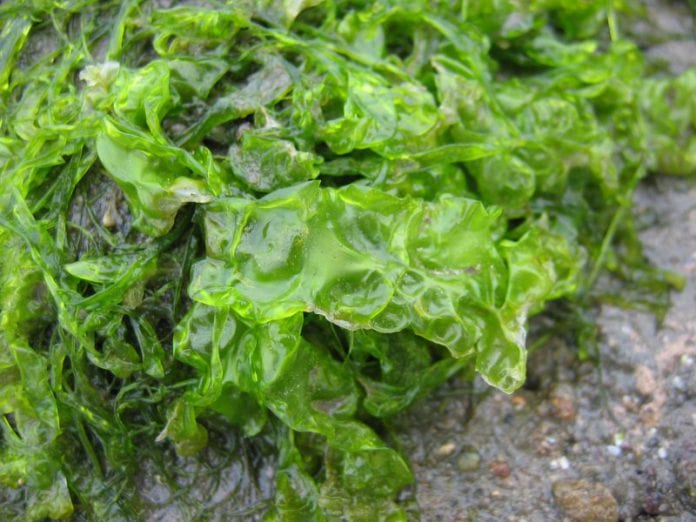 Breeding one particular type of seaweed could be this secret sauce needed for Irish aquaculture.

Researchers at NUI Galway studied 50 different strains of seaweed to determine which produced the best yields and nutritional value for cultivation.

They found that strains of sea lettuce grew extremely quickly and produced crops with a very high value for animal feed and industrial uses.

It outperformed the seaweed currently cultivated in aquaculture, as those are usually the result of opportunistic gatherings, without any care spent selecting the most valuable strains.

Dr Ronan Sulpice from the Ryan Institute at NUI Galway was the lead author of this study.

He said that it was an important shopping stone towards “modern breeding approaches for seaweed aquaculture”.

These were cultivated in the lab with their relative growth monitored by a special platform custom made by Dr Antoine Fort.

The study found a massive range of growth with increases of between 9 and 37 percent recorded among the different strains.

One way the seaweed was found to be very different from land based plants is that it did most of its growing at night.

This sea lettuce was also unusual in that it wasn’t breaking down starch and glucose for food, also unlike other crops.

Instead it accumulated nitrates in its tissue during the night, and this was shown to correlate with the growth levels recorded.

The next step in this research will be to sequence the genomes of all the sea lettuce strains in the study to try and identify those genes responsible for rapid growth and its high nutritional value.

The scope of the project will also expand at this stage to include 300 strains of sea lettuce from around Europe.

Dr Antoine Fort said the study “paves the way towards the domestication and breeding of elite strains of seaweed blooms (Ulva) for aquaculture.”

This would be a massive breakthrough in the industry as it marks a shift towards practices similar to “what has been done for crop plants since the beginning of agriculture,” Dr Fort concluded.

Michael Malone - December 6, 2021 0
Galway City based visual artist Shane O’Malley is featured in a new series of short films depicting the artistic process of some of Ireland's...