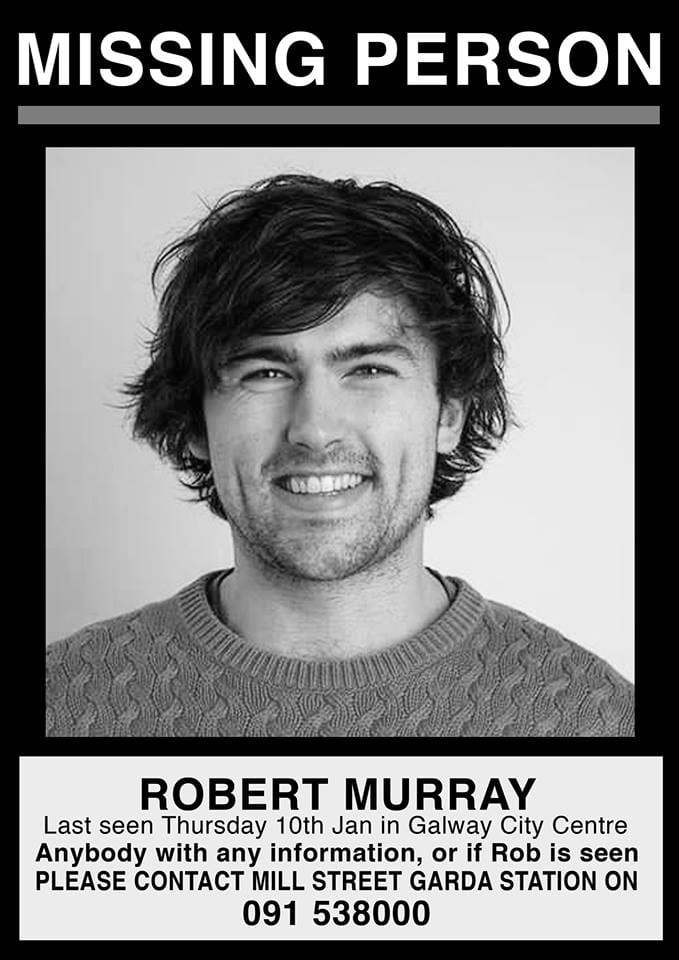 A search is underway to locate Robert Murray who hasn’t been seen since last Thursday.

According to friends, when Rob was last seen on Thursday afternoon he was wearing a dark blue jacket and jeans.

His family are said to be very worried as it’s not like him to be out of contact for this long.

Major searches have been underway of the coastline around Galway over the weekend by the Oranmore Maree Coastal Search Unit related to a separate incident.

But the search did not find any sign of Rob or any other person.

There has been a massive response on social media with a major drive to locate Rob.

Anyone with any information on Robert Murray has been asked to contact Mill st garda station at 091 538 000.