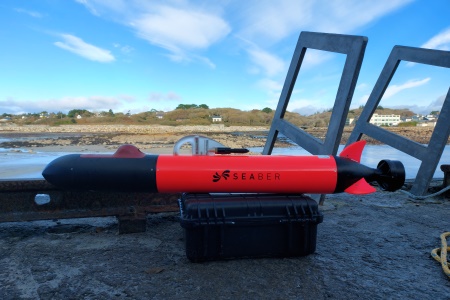 Galway’s high-tech SmartBay Observatory in Galway Bay was recently used as the testing ground for some advanced submersible technology.

This is an unmanned, untethered vehicle that collects oceanographic data in coastal environments. This data is important for monitoring our marine environment and changing ocean climate.

The SmartBay Observatory in Galway Bay is one of Ireland’s national marine scientific research facilities, providing national and international researchers with the infrastructure to validate new marine sensors and instruments in real sea conditions.

Michael Gillooly, Interim CEO at the Marine Institute said, “By facilitating advanced ocean monitoring technologies, the SmartBay Observatory helps to take concepts and prototypes from laboratories into the sea.”

“New marine monitoring technologies and sensors generate more data than we have ever had before, improving our ocean observation capabilities and increasing our ocean knowledge.”

Over the coming months, the SmartBay Observatory will facilitate a further four international science projects at this unique testing ground.

Alan Berry of the Marine Institute said “New marine sensor technologies increase the accessibility and availability of data for organisations monitoring our oceans and in turn contributes globally to our deeper understanding of the oceans.”