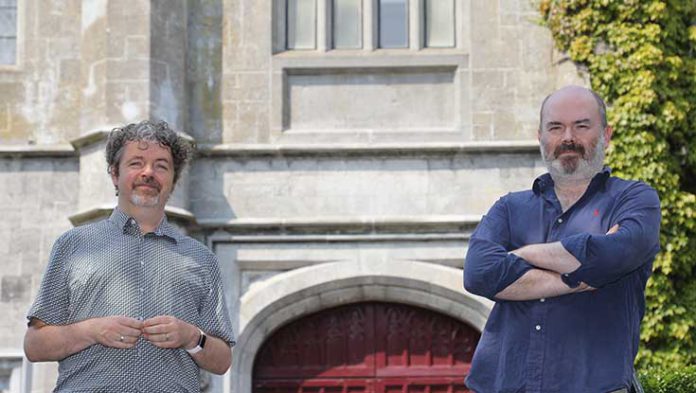 A groundbreaking AI-based tool for analysing the impact of measures combating climate change in agriculture from a Galway research team has won a prestigious national scientific award.

The TAPAS project at NUI Galway, led by Dr Aaron Golden and Professor Charles Spillane, was recently named to the winner of the SFI Future Innovator Artificial Intelligence (AI) for Societal Good Challenge.

The TAPAS team have been developing an AI system which works by analysing satellite imagery to measure the effectiveness of measures to adapt agriculture to climate change.

Adaptation to climate change in developing countries is expected to cost $140-300 billion per year by 2030, with over 130 countries now prioritising agricultural adaptation to meet their Paris Agreement goals.

This means that assessing the effectiveness of these interventions is an essential part of protecting agriculture, and ensuring that money isn’t wasted on solutions that aren’t working.

On winning the prize Dr Aaron Golden said he and the team were delighted to receive the recognition of the importance of this technology, which he said could “empower society” to reduce the impact of climate change.

It’s importance is greatest “especially those communities in the developing world whose economies are almost entirely dependent on agriculture,” he added.

Professor Spillane added that almost 40% of the world’s agricultural land is at risk from climate change, making it a critical 21st century issue.

“The current lack of a universally deployable system to measure adaptation to climate change motivated us to develop one, by combining AI with satellite remote sensing of agricultural systems.”

The TAPAS project was co-funded with Irish Aid under SFI’s partnership with the Department of Foreign Affairs and has focused initially on test sites in Senegal.

“This novel solution shows exactly what can be accomplished when interdisciplinary expertise comes together under a challenge-based funding structure that facilitates ideation through to invention.”