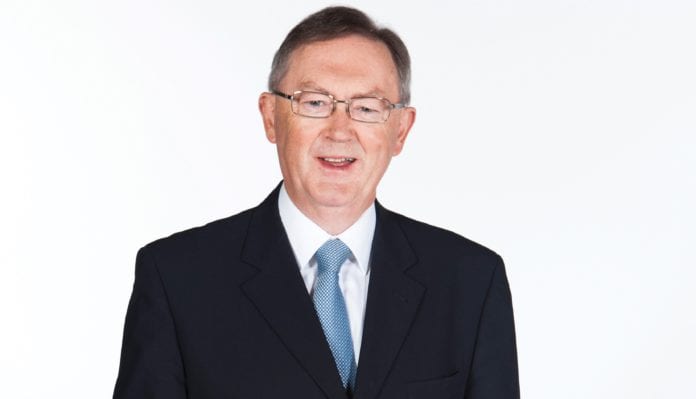 Well-known RTÉ journalist and broadcaster Sean O’Rourke has been appointed as an Adjunct Professor of  Journalism NUI Galway.

O’Rourke, who presents the ‘Today with Sean O’Rourke’ show on RTÉ Radio One, will take up his new role in January.

The role is honorary and he will continue to work in his current capacity with the State broadcaster.

Sean O’Rourke is a graduate of NUI Galway (BA, 1977) and received an honorary doctorate from the University in 2011.

Head of Journalism at NUI Galway, Tom Felle said: “We are delighted that Sean has accepted this post and it’s a strong signal of NUI Galway’s commitment to journalism education.

“Sean is a hugely respected current affairs interviewer and his forensic style has helped shaped the national conversation around many issues in recent years. He epitomises journalistic values of fairness and probity, and his work has made an indelible contribution to Irish democracy by holding those in power to account.

“Students will be able to learn from Sean via master classes in radio journalism and in newsdays, working alongside one of the best journalists in the country,” he added.

Sean O’Rourke said: “I’m greatly honoured by this appointment, having worked as a student journalist in NUI Galway long before the university began to offer courses in journalism.

“So much has changed since then in the way journalism is practiced and received, but at its core it is still about two things: asking questions and telling stories.

“I look forward to working with today’s students, learning from them and sharing ideas about how to serve the public.”