A volunteer lifeboat crew from the Clifden RNLI rescued a bull which fell down a coastal cliff this weekend.

A local farmer asked for help in rescuing his bull, which had fallen down a steep cliff and gotten stuck on the shoreline.

The area near Clifden was inaccessible by road and very difficult to reach on foot.

The lifeboat was called out at around 5pm to the scene around a half mile from the Clifden RNLI station.

The farmer, three members of the public, and a vet were there waiting for the lifeboat to arrive.

One member of the crew went ashore where a plan was put together. 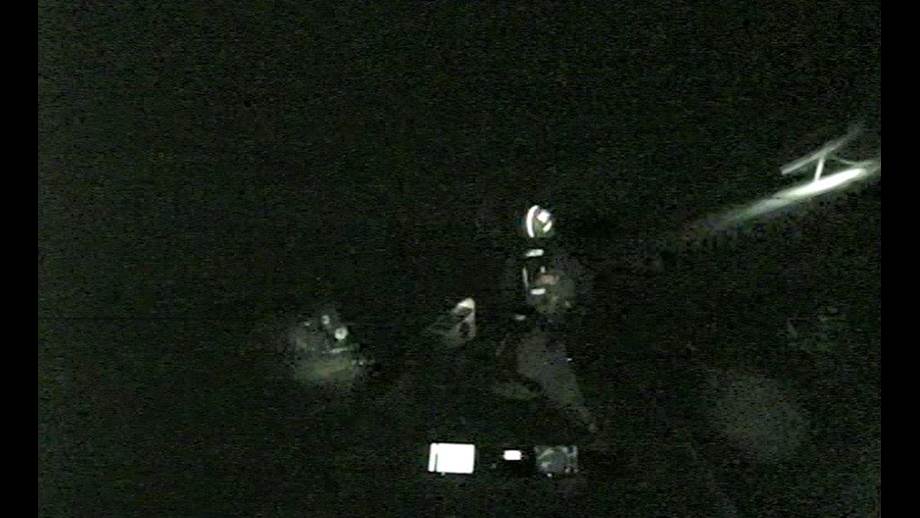 Under the instruction of the farmer and vet, the lifeboat slowly approached the bull where a bridle fitted to the animal was passed to them.

The boat then gently led the bull off the dangerous rocks and into the water.

Once the bull was in the water it swam to nearby beach with the guidance of the lifeboat.

The RNLI crew stayed nearby until everyone, and their bull, had left the area and then returned to the station.

Speaking after the rescue Clifden RNLI Helm Alan Pryce said, “We were happy to assist the local farmer and vet to help the bull out of the hazardous position it was in.

“We are very aware of the dangers posed by large animals that are distressed and were glad to be able to assist the farmer while also providing a safety presence to him and the individuals working with him to bring the bull to safety, on what was a dangerous and dark shore.”