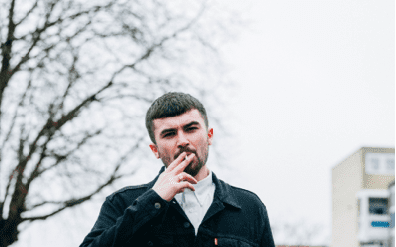 One of the most promising folk-punk singers to emerge in the last few years will be stopping by Galway’s Secret Garden this Wednesday, 7 March

Seán McGowan has has a hectic schedule lined up in support of his debut album, Son of the Smith, which will be released on in May this year.

The singer began last year touring with labelmate Will Varleyending and ended 2017 supporting Billy Bragg through the UK.

March sees him head back to his roots in Ireland for a short tour there, before joining up with Will Varley again for a European run in April.

Coinciding with the album release he will play a short headline tour throughout May as well as joining Frank Turner for a main stage slot at the Lost Evenings 2 Festival at the Roundhouse in London.

The first single taken from the album is ‘Off the Rails’, out last month.

‘Off the Rails’ sears along with an e-bow guitar drone thrumming underneath while Seán gives the lyrical equivalent of an arm around the shoulder and kiss on the cheek of his mates for being there for him.

In his own words, “it feels urgent, like it could tip over the edge at any point.”