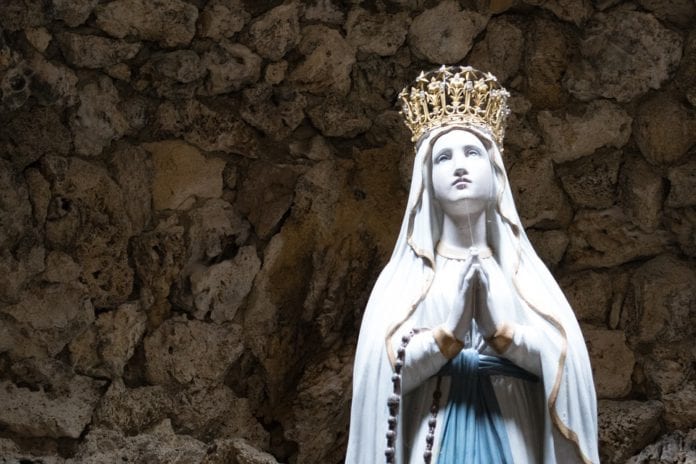 Minister for Children Katherine Zappone today published the report on the site of the former mother and baby home in Tuam.

The Expert Technical Group Report said that the identification of remains would be complex and that it could be impossible in some cases.

A collective identity, the report said, may be all that is possible.

“The issue of DNA and potential identification is highly complex and comes with high expectations. In reality, individual identification of remains here is unlikely without further significant investigation,” the report said.

“The commingled state of individuals makes it particularly challenging to isolate the skeletal remains of a single individual.

“The risk of destruction to human remains themselves, in the pursuit of DNA, also poses a range of ethical questions. In a collective interment scenario, a collective identity is potentially all that is possible.”

The report continued: “The site here cannot be considered a mass grave in terms of what is typically associated with violence or conflict; however, any further physical investigation here would necessitate the use of the skillset designed to forensically investigate mass graves. The excavation and analysis of this sitetype requires a specialised and distinct set of skills in terms of initial organising and set-up, on-site recovery and post recovery analysis. Archaeological excavation is destructive process; information is lost if not recorded promptly accurately and comprehensively in a standardised approach. The approach must satisfy judicial requirements, irrespective of whether for judicial or humanitarian reasons.”

Katherine Zappone TD said: “I want to ensure that whatever action is taken respects the memory and dignity of those who are buried there and takes account of the concerns and wishes of all who are affected, whether as former residents of the home, relatives of those who may be buried there, or as local residents who live near the site.”

The report said that forensic science has been increasingly used in complex cases such as this during the last 30 years, and that “this approach provides a structure that protects the dignity of the dead through proper recovery, management, and where possible, identification.”

However, the report also said: “It must be stated that it is possible that what is desired to be known about those interred here, may never be fully realised.”

The report set out five options of what could happen.

“The ETG has identified five options available to deal with the human remains at the site:
i) Memorialisation – an option that may be adopted in its own right but also as a result of any further option or action undertaken on site.

ii) Exhumation of known human remains – whereby human remains are exhumed to an alternative location with no further investigation or analysis.

iv) Forensic excavation and recovery of known human remains with further evaluation/excavation of other areas of interest – the geophysical survey conducted over the entire site illustrates that there are further subsurface anomalies outside of the memorial garden. This would include the recovery of remains identified in the memorial garden and any further human remains identified at other locations.

v) Forensic Excavation of Total Available Area – the most intrusive excavation covering 100% of the available site. All known human remains would be recovered and all other anomalies would be investigated. This is the most exhaustive approach with potential to expose archaeological features.”