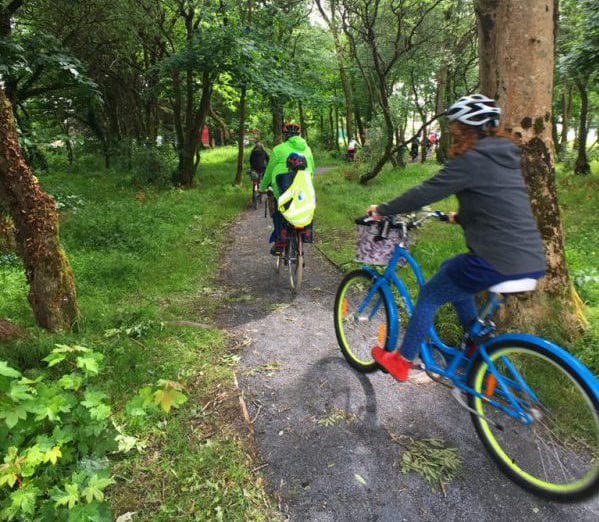 Renewed calls are being made for Minister for Transport, Tourism, and Sport Shane Ross to publish a Greenway Strategy without which projects have become stalled.

Without a Greenway Strategy in place, with guidelines on how to handle land ownership negotiations and ensure there is proper funding, it has fallen on the county council and campaigners to try and deliver piecemeal gains.

“The Greenway Strategy is an important part of our tourism, nature and healthy lifestyle offering and in places where greenways have already been developed, the local economy has thrived.”

Minister Ross had previously been indicated that the Greenway Strategy would be delivered by the end of Q2 2018.

“We are now into the third quarter of the year and we’re still waiting,” said Deputy Ó Cúiv, “Until the strategy is published, we cannot proceed with the development of the greenways by agreement with landholders.”

The lack of clarity on the question of land use and land ownership has been particularly concerning to farmers who have greenway routes running through their properties.

After meeting with farmers in Galway, Rural Development chairman with the Irish Cattle & Sheep Farmers Association Seamus Sherlock has insisted that the threat of Compulsory Purchase Orders be dropped as a negotiating tactic.

“CPOs are viewed as heavy handed in the extreme and fill landowners with absolute fear and confusion. Many feel they are being forced into a David versus Goliath position and have to deal with all the stress and anxiety that goes with that,” said Mr Sherlock.

Mr. Sherlock insists that farmers, like other landowners along proposed routes, support the development of tourism initiative like greenways.

A proper consultation process with landowners is the best way for them to raise concerns he says, while adding their own considerable local knowledge to the initiative.

“By working together I have no doubt that a consensus on workable routes could be reached and these projects could move forward with goodwill,” he said.

“It is widely accepted that the goodwill of local communities is a vital element for the success of tourism initiatives.”

Some progress on delivering greenways in Galway has been made even without a centralised Greenway Strategy. In May a 6km section of the Connemara Greenway opened to the public.

The proposed Connemara Greeenway route runs for 76km along the old railway line between Galway and Clifden. The 6km section of the route that opened goes from Athry and Cloonbeg.

Planning permission has been granted for the entire Oughterard to Clifden section, which includes the 6km already open.

But the Galway-Moycullen section, which was once expected to open in 2015, has long been stalled on land access difficulties.

“The policy to-date has been to try build greenways by permissive access that is only available on a week-to-week and day-to-day basis,” said Deputy Ó Cúiv

“This is utterly foolish, because it means that having invested millions of euro in greenways, there is always the chance that permission could be withdrawn. It is also an unjust policy, as it expects rural people to make land available for free, amounting to an abuse of their hospitality and generosity.”

An online petition to establish a greenway along the closed railway line from Athenry to Collooney in Sligo passed 15,000 signatures just this week.

The chage.org petition was set up by the group Western Rail Trail, and asks Minister Ross to support the move which they say would create tourism jobs and foster civic pride in the rural towns and villages along the route.