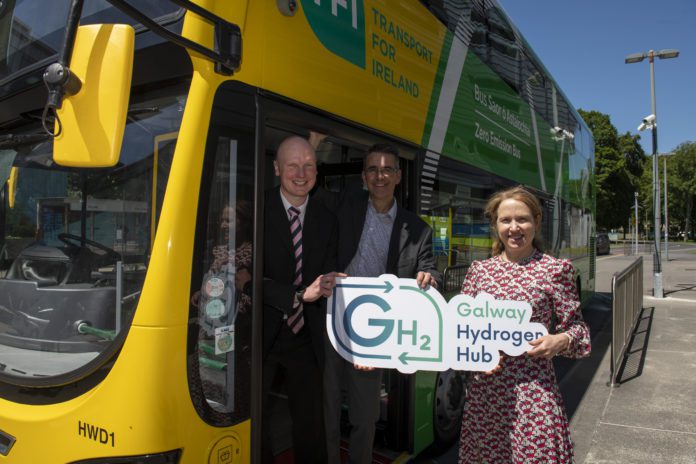 Two public consultation meetings will take place in Galway city this week after details of the Galway Hydrogen Hub (GH2) were announced yesterday at a launch event at NUI Galway.

GH2’s proposal is to develop Ireland’s first Hydrogen Valley in the Galway region, similar to those launched in other European countries.

A Hydrogen Valley is a region that connects hydrogen research, production, distribution, and transportation with different sectors.

As part of the planning process for the GH2 project, a public consultation meeting will take place in Galway Harbour Hotel on the 23 of June from 4pm to 8pm, and on the 24 June from 10am to 1pm.

Representatives from the GH2 consortium will be on-hand to discuss project proposals and answer questions from the public on the proposed hydrogen hub.

The in-person events will offer members of the community a complete overview of the project.

A brochure on the project and a feedback form will be available at the event and the virtual public consultation can be viewed on www.gh2.ie.

Lorcan O’Connor, Group Chief Executive, CIÉ said: “As the CIÉ Group is by far the country’s largest public transport provider, we are delighted to work with our partners in this consortium to officially launch the Galway Hydrogen Hub.

“This will ensure that we are at the forefront of the opportunity hydrogen fuel will provide in meeting both our own decarbonisation targets, and those of the State.

“It will ensure we have explored a complementary mix of zero emissions technologies, with the current focus on electrification, to power low carbon transport and meet our 2030 targets and net zero target by 2050.

“What we develop and learn in this innovative partnership in Galway could be transformative for sustainability in the transport sector as a whole.”

John O’Sullivan, SSE Renewables’ Project Manager for GH2 said the launch was a key milestone for the GH2 consortium.

“Our consortium has come together with the objective of not only using green hydrogen to realise new renewable energy solutions for Ireland but to also deliver the country’s first Hydrogen Valley,” he said.

“Green hydrogen is gaining global recognition as a means of decarbonising heavy duty and long-distance transport as well as industry. The development of Ireland’s first Hydrogen Valley in Galway Harbour will allow us to utilise indigenous renewable energy to produce green hydrogen for use by local road, air, sea, and rail transport alongside industry.

“As part of the integrated SSE Group, SSE Renewables has a view across the whole energy value chain and so is uniquely positioned to deliver this green hydrogen solution for the consortium, helping to kickstart the development of a new hydrogen economy in the West of Ireland.”