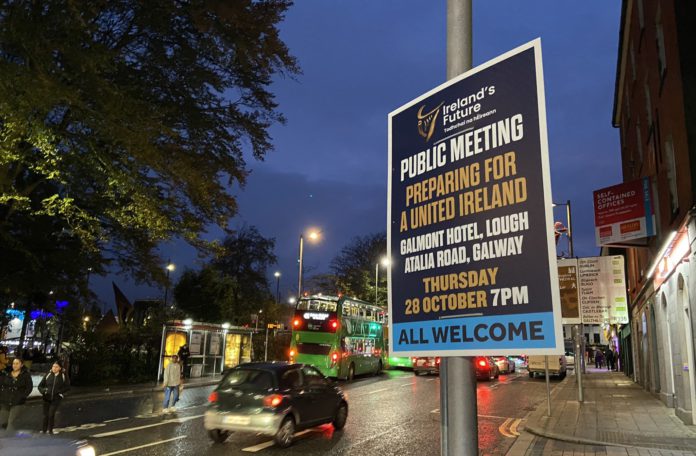 A public meeting will take place in Galway City later this evening to discuss the possibility of a border poll, and a united Ireland.

The meeting is organised by civic group Ireland’s Future, with a panel discussion involving political representatives, community leaders, and educational and arts figures.

Speaking in advance Ireland’s Future Secretary Niall Murphy, said “We are absolutely delighted to be bringing this conversation to Galway.”

“Like the previous panel in Cork, the Galway panel is a diverse group and reflective of the new and united Ireland we want to see. One of equality, social justice and rights.”

“Ireland’s Future wants to stimulate conversation about how our people are best served and our island is best governed in the coming time.

“We are organising public meetings the length and breadth of Ireland because we know the issue of referendums and constitutional change is coming and we want the people of Ireland to be involved in, and have ownership of, the conversation in advance of the referendum date being announced.”

He added that the impact Brexit is having makes a strong economic case for a united Ireland.

The public meeting will take place at the Galmont Hotel in Galway City at 7pm on Thursday, October 28.