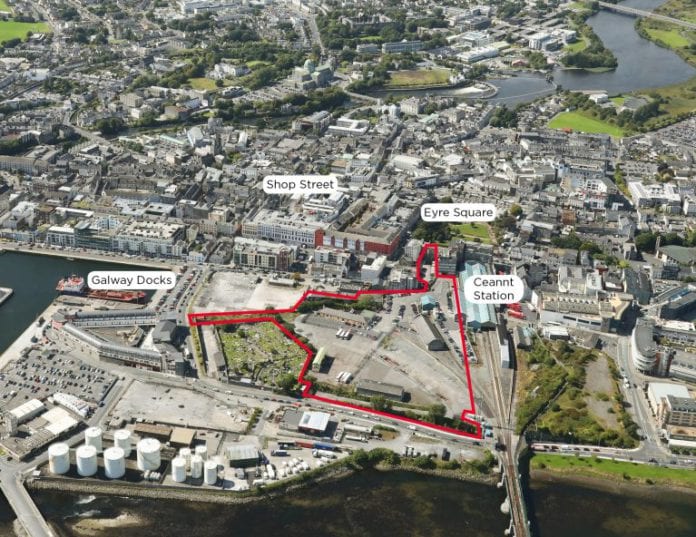 The public consultation process has opened on developer Gerry Barrett’s €450 million plan for a new urban quarter on an 8.2 acre site next to Ceannt Station.

“Project Ceannt” is envisioned to include a new urban retail district, with shops, restaurants, bars, hotels and other recreational spaces.

As well as the business side of the project, it’s understood the site will also feature up to 400 new apartments for the city’s housing stock.

But full plans will not be drawn up for the development until after the public consultation phase has been completed.

Submissions can be made online through the project’s website and the developers are also holding a series of public workshops on different aspects of the project.

A follow up, in person, public consultation will be held in December to discuss the issues raised by the online submissions.

Construction on the Ceannt site is expected to begin in 2021, though no firm time has been set yet, with work expected to take three years to complete.

Gerry Barrett’s company, Seagullpoint ltd, was awarded the contract to develop the patch of land owned by CIE in May after a public tendering process.

This is one of two major development projects in Galway city awarded to Gerry Barrett in recent months.

He is also undertaking the €130 million development of Bonham Quay and Queen street into offices and student accommodation.

That project was recently given the go ahead by An Bord Pleanala following an appeals.

The two projects have been linked in design, with Bonham Quay designed in such a way as to create a large plaza entrance to Ceannt urban quarter.

Mr Barrett was previously involved in the G and Meyrick hotels in Galway, but was forced to surrender control of them last year as part of a deal with creditor Deutsche Bank.