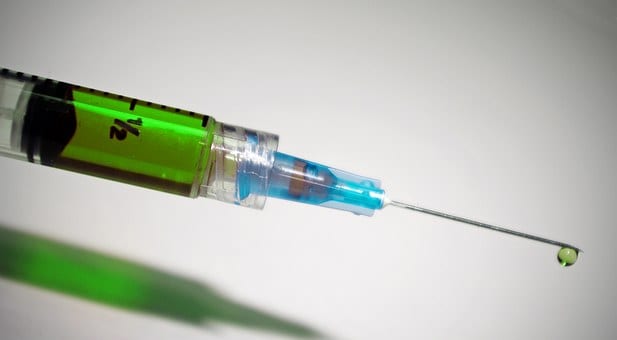 A psychiatric nurse at University Hospital Galway has been given a 12 month sentence for assaulting a fellow nurse with a syringe filled with sedative, anti-psychotic medication.

Kofi Kankam (48), with an address at 15, the Clarin, Athenry pleaded not guilty to assaulting Emer Hyland at UHG‘s Psychiatric Unit in February of last year.

Galway District Court heard that on February 5, 2017 gardaí brought a patient into the male ward of the psych unit who was very unwell and required immediate attention.

The Irish Times reports that Ms Hyland testified that on the evening in question she was dealing with a different patient who had fled from the unit.

The young nurse, who is in her twenties, was at the nurse’s station on the phone with security trying to get information on her missing patient when she felt a sharp pain in her side.

Standing near to her were Kankam and another nurse, Donna Long, who were dealing with the patient gardaí brought in.

Nurse Long was holding a kidney dish with two syringes prepared for the patient containing sedative and anti-psychotic medication.

However, their patient opted to take his medication orally, and she was informed there would be no need for the syringe.

Ms Hyland said she jumped when she saw blood coming from her side and went into a closet with Ms Long to examine her side.

Then, she said, Kankam came into the closet after them and apologised to her.

Ms. Lond said that she was holding the dish containing the syringes, which had sheathes covering them, when Kankam grabbed one of them all of a sudden.

When he placed it back on the tray, she could see that there was blood on the syringe.

Hospital management were made aware of the incident and Ms Hyland was brought to the A&E for treatment, while Kankam was escorted to the door and told to go home.

Kankam claimed that he had been bantering with Ms Hyland before the incident and grabbed one of the syringes jokingly.

He said that he saw the sheaths was on the syringe when he picked one up, and that it must have fallen off when he wasn’t looking.

But under cross-examination by solicitor for the defence John Martin, Ms Hyland said she had not been engaged in any talk with Hyland.

She had just come off the phone and her back to him when it happened. “He passed a comment ‘I’ve got the gal’,” she said.

While Ms Hyland said she loved working in Galway, she was traumatised by the incident and has since move to a different psychiatric unit in Mayo.

Addressing Judge Mary Fahy, Kankam said that he never meant to hurt Ms Hyland, that he apologised to her at the time and has written a letter of apology since then.

Judge Fahy said that he might claim to be sorry, but he wasn’t sorry enough to plead guilty and avoid having to bring this to a hearing.

While he had the right to contest the charge, Judge Fahy said, in doing so he put his victim through the trauma of having to come to court and give evidence.

“It’s a very serious assault, to prick someone with a syringe and to have it done to you by another professional working with you is simply outrageous,” she said.

Because he refused to plead guilty, the judge said, there was no possibility of him avoiding a prison sentence.

Mr Martin said that his client, who has been a nurse in Ireland for ten years, had come back from Africa specifically to face this charge.

He asked the judge suspend any sentence, or it would end Kankam’s career as a nurse.

“It should be ended,” Judge Fahy said, imposing a 12 month prison sentence.

Kankam was granted leave to appeal the sentence.