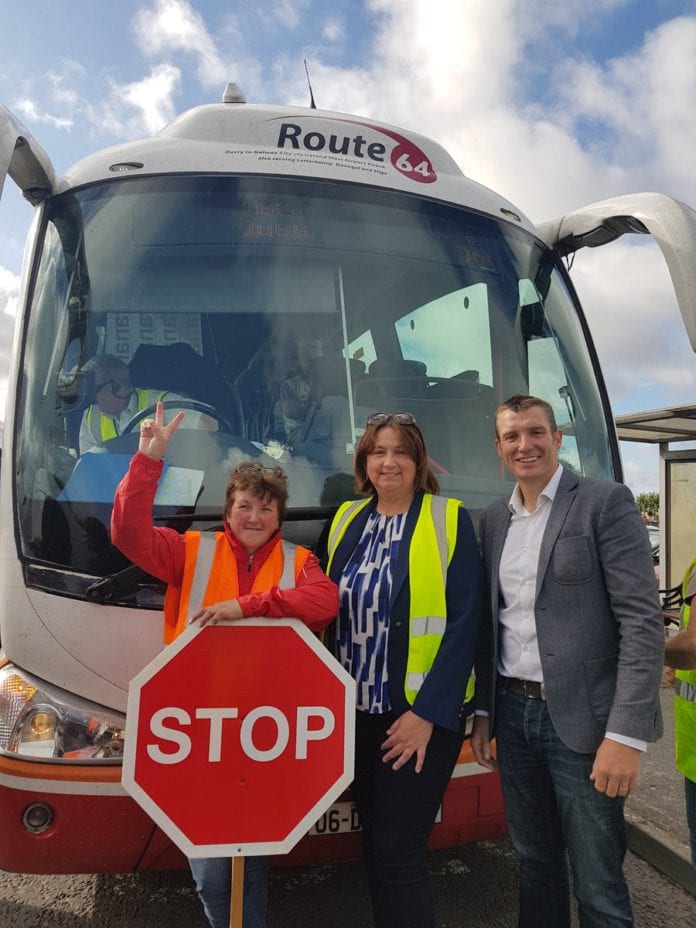 A large crowd of protesters have blocked buses passing through Kilrickle this morning over rural stops being cut from the service.

Bus Eireann recently decided to cut five rural stops in the west from its daily route 20 Galway to Dublin service including one in Kilrickle.

The affected areas are Kilrickle, Creagh (Dubarry), Oranmore, DerryDonnell, and BallyDangan in Roscommon.

Over a hundred people have gathered at the Kilrickle bus stop this morning in protest, forcing buses passing through to halt.

Bus Eireann have said that the changes will result in a faster service, with two additional buses running each day.

The added that the Expressway services are not government funded, and decisions must be made on a commercial basis.

A further five stops have been cut from the route in the Midlands.

Locals had held a public meeting at Kilrickle town hall last Friday, July 27 to discuss the changes and how they would affect the area.

They are calling for Bus Eireann to restore services, without which rural communities can find themselves isolated.

The nearest other stop for resident of Kilrickle is in Aughrim, some 13km away.

For people with cars this could seriously impact their ability to travel to work or college. Or even for simply travelling beyond the local area.

Galway East TD Anne Rabbitte was out at the protests this morning to show her support for the efforts of locals to retain their bus services.