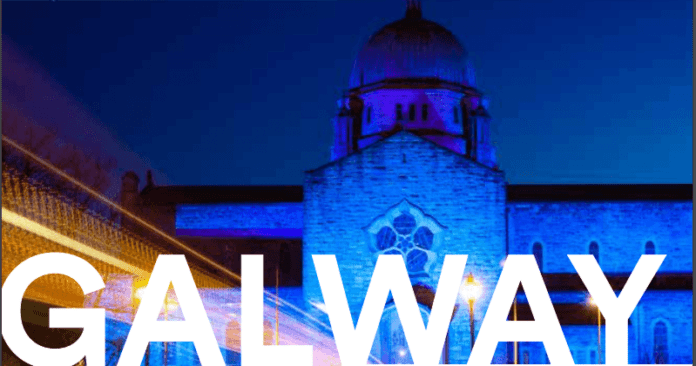 “Galway has been Ireland’s most rapidly developing urban area for half a century and is a key driver for the west of Ireland,” reads the opening line of Page 42, or the ‘Galway’ section of yesterday’s glossy National Planning Framework, one part of Project Ireland 2040.

It was presented by An Taoiseach Leo Varadkar and his Ministers before an eagerly awaiting media in Sligo, with people in every county waiting to hear what was in it for them.

Especially in the North and West.

As part of the project, Galway City will receive a new dedicated ambulatory elective-only hospital, to ease waiting lists, along with Cork and Dublin.

The Plan also says that the development of the Atlantic Corridor high-quality road network linking Cork, Limerick, Galway and Sligo is a priority.

However, many of the plans were already known since the draft was published in September – including almost every reference to Galway in the National Planning Framework.

It lists the two biggest problems Galway faces – housing and transport/mobility, and says that the City must build on its world-class med-tech cluster, two colleges and ‘a vibrant arts and cultural scene’. All of these things contribute to Galway’s ‘positive national reputation’.

The most interesting thing on page 42 is possibly the fluorescent picture of Galway Cathedral in the background – which seems to move further and further into the foreground as the predictable recap of the city’s strengths and weaknesses fade into the distance.

There’s more substance on Page 43 though, which contains what some would say is an achievable vision for the future of the City.

The first ‘key growth enabler’ is “delivering a number of regeneration projects to extend and intensify the City Centre, including the Station, Docks and Headford Road areas.”

However, opposition politicians were quick to criticise the Plan, saying that many of the suggestions are blatant rehashes of existing commitments.

Eoin Ó Broin TD of Sinn Féin said that we need to separate out genuinely new announcements from the repackaging of existing commitments.

“The government will be judged on delivery, not poetic launches and elaborate web sites that could have been delivered a bit better themselves,” he said.

Fianna Fáil TD Dara Calleary also jumped in to question how many new plans were actually included in the document.

“Today’s “launch” is nothing more than a major marketing campaign designed to promote a government which has failed to meet its own targets to date,” said Deputy Calleary.

“Major projects being unveiled as part of the NDP such as Metro Link and additional social housing provision were already included in the previous Capital Plan, but just haven’t been delivered on.”