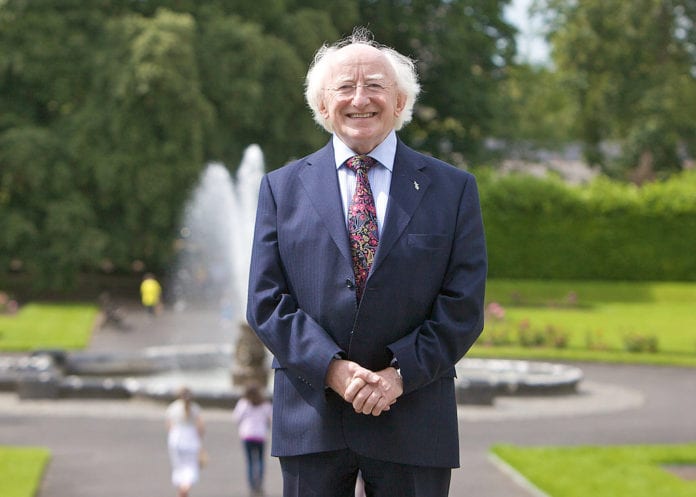 President Michael D Higgins has said that ‘our nearest neighbours are throwing a tantrum’ during a three-day visit to Germany this week.

President Higgins didn’t hesitate to concede that the UK leaving the EU had “profound consequences for Ireland”. He made a point that these consequences shouldn’t be “avoided or evaded”.

Despite this, the former Mayor of Galway laid out that the kind of Europe we must strive for.

This Europe should be free of “hateful squabbles” to be replaced with openness, inclusivity, cohesion and solidarity.

As part of the state trip, President Higgins met with the President of Germany Mr Steinmeier.

Mr Steinmeir reassured Higgins declaring that Ireland doesn’t need to worry and can count on Germany’s support while emphasizing that Germany had “always stood firmly at Ireland’s side”.

The President of Germany went on to speak about the “Border issue” labeling it as a European problem instead of solely an Irish headache.

He stressed that Ireland can be assured of Germany’s “solidarity”.

President Higgins expressed his gratitude to the reassurance and solidarity offered by Mr Steinmeier and the German federal government “at this difficult time”.

The President noted that this support will help “contribute to the bedrock of our shared European journey”.

These comments also come at the midst of an ongoing Conservative Party leadership contest in the United Kingdom between Boris Johnson and Jeremy Hunt.

Both Johnson and Hunt have promised to deliver an immediate Brexit by October 31st making a no deal Brexit a distinct and realistic possibility.

It was only this year where Fine Gael TD for Galway East, Ciaran Cannon stated that the Government is particularly aware of the potential impact of a Hard-Brexit on the Agri-Food Sector in Galway.

A few months ago, Fianna Fáil’s local election candidate for Ballinasloe, Kenneth O’Brien predicted Galway farmers could be exposed to a “potential Armageddon” from a no deal Brexit.

Earlier on in the year, Rory Fitzpatrick, Chair of the Irish Hotels Federation’s Galway Branch revealed that there was an increasing concern in the sector over Brexit.

He warned a “disruptive Brexit” would have huge consequences for the tourism sector in Galway who are reliant on the UK market.

The comments from President Higgins reveal the very real frustration from Irish political leaders as the consequences of a disorderly Brexit become more likely by the day.