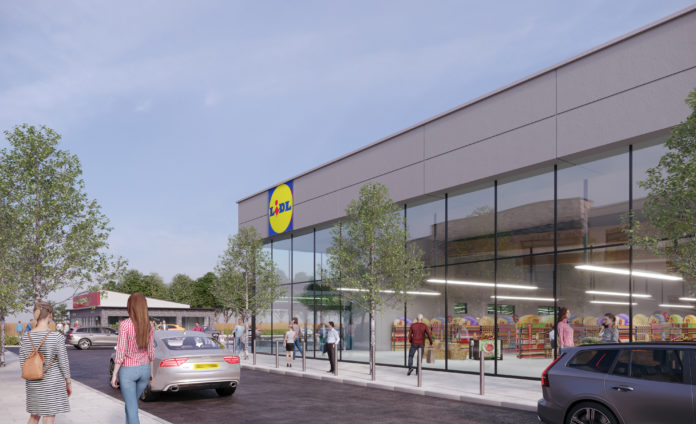 Lidl says that it has received an overwhelmingly positive response at a recent meeting discussing its plans for its new store in Athenry.

Lidl hosted a virtual community session to talk to local residents, community leaders and stakeholders about the new store which will be delivered in partnership with the Comer Group.

The event was opened by Galway East TD Anne Rabbitte and attendees were shown numerous computer generated images of the development showcasing the high quality build.

Lidl’s property team of Dervla Nash and James Purcell, as well as a team of consultants, answered questions on topics such as flooding, environmental impact, accessibility and restoration of the nearby landmark building of Athenry House.

Martin Morrissey, representing the Athenry Traders Group, also addressed at the event and said that they are excited by the addition of Lidl to Athenry – and that they are throwing their support behind this development.

“As traders we believe a development such as this is key to keeping people shopping in Athenry and for bringing new footfall to the town,” he said.

“The presence of Lidl will only add to Athenry’s ability to attract new traders to our town.

“As a group we welcome the connectivity to Cross Street that is contained in the plan and believe it offers a great opportunity.”

Speaking about the event Lidl’s regional property executive Dervla Nash added that they were blown away by the public reaction to the plans for Athenry when the community briefing was announced.

“We received hundreds of emails of support from local residents, schools, traders and community groups in the area which we are extremely grateful for. The briefing gave us the opportunity to outline the exciting plans we have for Athenry.

“We’ve heard clearly from the local community that a Lidl store is desired and needed with many telling us that they drive out of their way to go to our existing stores in Tuam and Oranmore.

“We will be lodging our plans in the coming weeks and are hopeful for a positive decision from the local authority so that we can focus on delivering the store that the people of Athenry deserve,” said Dervla Nash.