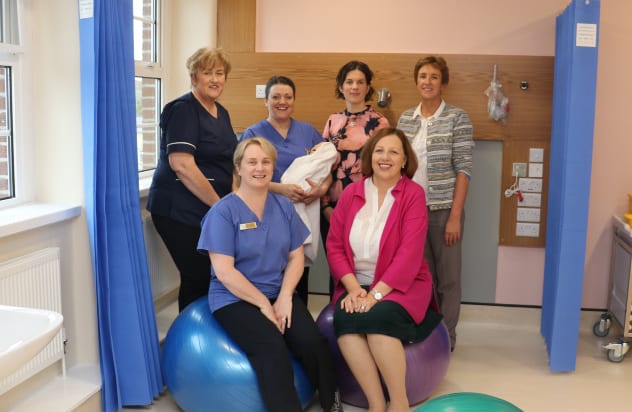 Portiuncula Hospital is now offering hypnobirthing classes for expectant mothers to take some of the stress out childbirth.

Twelve midwives working at Portiuncula Hospital recently completed their Diploma in Hypnobirthing that which allows them to facilitate antenatal classes for birthing mothers who expect to give birth there.

Despite the images that the name might conjure up, hypnobirthing doesn’t involve hypnotising pregnant women.

“It is a strategy with numerous coping tools which helps couples to understand and appreciate the physiological process of birth,” explains Irene Mulryan, one of the midwives at Portiuncula.

Different techniques are used as a way of preparing women to give birth such as breathing exercises, relaxation techniques, massage and positive visualisations.

“The aim of the hypnobirthing classes is to prepare mentally for birth, in the context of birth being a normal event and not something to be frightened of,” Irene said.

The ideal time to attend a hynobirthing class at Portiuncula is between 24 and 32 weeks according to Irene, leaving enough time to practice the techniques they cover.

“Women and their birth partners who attended the hypnobirthing classes report feeling more informed and empowered after participating in the class.”

“Birthing partners felt more involved and in partnership with the mother and the care givers,” Irene added.

“Having used hypnobirthing, women also reported feeling calmer and more in control during labour – no matter what type of birth they had.”

Hypnobirthing classes are held over a two day course at Portiuncula on the weekend, with a €50 charge to cover the materials and lunch.

Anyone interested in attending this course to help them prepare for giving birth can book by emailing hypnobirth.portiuncula@hse.ie and early booking is advised as the classes book out months in advance.