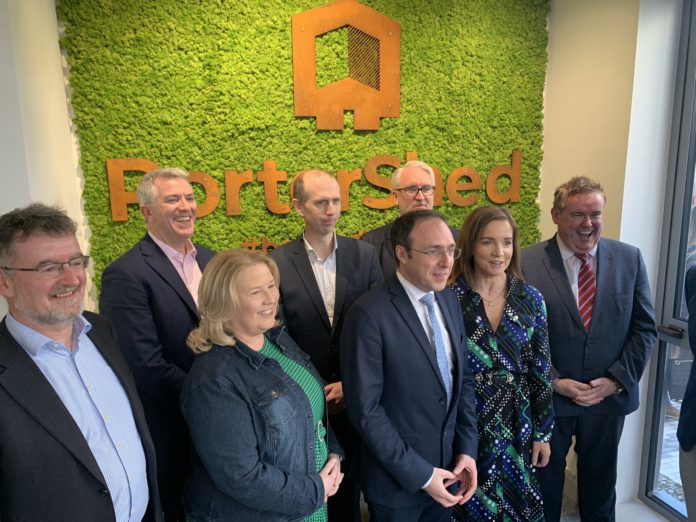 The PorterShed has officially unveiled its new premises on Bowling Green this week, where it has room for 130 entrepreneurs.

The state-of-the-art building, in Galway City centre, is the first of two new properties that will form part of the Galway City Innovation District’s expansion.

The second of these is nearby, with the repurposed Connacht Tribune building also set to be completed in late 2022.

The new PorterShed offices will have enough co-working spaces for 130  tech entrepreneurs and innovation-driven enterprises.

GCID’s chair and co-founder Maurice O’ Gorman spoke warmly of the community that has been created, and acknowledged the pivotal role played by so many in this latest expansion.

“Bowling Green symbolises a lot of hard work and dedication from a plethora of supporters and amazing leaders.”

“When we first started this endeavour, we wanted to provide a hub where businesses could grow and scale – now, we ourselves are expanding to accommodate that growth.”

The Bowling Green location will open to members – current and new – on Monday, March 7.

While this premises will be supporting entrepreneurs and start-ups in the early stage of development, it will work in tandem with the former Connacht Tribune site.

When that opens, it will be a hub for businesses that are scaling up to conduct their operations.

Minister of State for the Department of Enterprise, Trade and Employment Robert Troy said at the launch this week that tech hubs have a “significant impact” on the economy.

“Since its establishment, the GCID has supported the creation of more than 820 jobs and with the opening of the PorterShed, it will no doubt will be a launchpad for many more success stories from Galway and the wider West region.”

Galway Senator Seán Kyne said that it is a “great success story” for Galway, which will support job creation and the “entrepreneurial spirit” in the area.