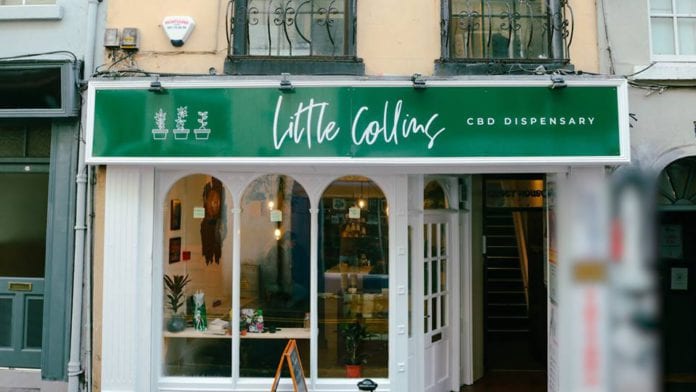 A Galway shop which sells hemp has been raided by plain-clothes officers in what has been described as a ‘devestating ordeal’ for the family and business.

Little Collins CBD dispersary was raided by officers, following orders from Customs, who seized all of the hemp flowers in the premises, before forecfully entering and searching the home of the owners.

The raid on the premises in Upper Abbeygate Street took place as part of a national crackdown on establishments selling hemp, a strain of the Cannabis sativa plant.

Under EU law, if the plants are less than 0.2% THC, it is considered hemp and therefore legal.

In a statement, Little Collins said it sells its hemp as a food product, as per the regulations of the Foods Act.

All of the hemp sold by the six-month old business is double-tested to be under 0.2% THC or less.

However, this crackdown on four premises across Ireland is believed to stem from inconsistencies between the Food Act and the Drugs Act, which means there exists a grey area under Irish law.

The shop has received hundreds of messages of support from customers in Galway and across Ireland, who say they have benefitted from the quality products the shop sells.

People buy CBD products for a variety of reasons, with pain releif and anxiety reduction often cited as two of the main benefits.

Little Collins sells the product in teas and coffees, as well as providing a delivery service in the Republic.

The issue is expected to be raised in the Dail next week.