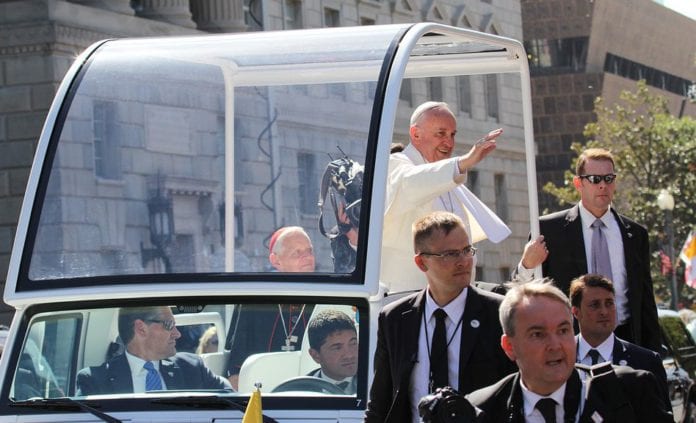 The World Meeting of Families 2018 has today announced that a number of its events are fully booked due to an unprecedented demand for tickets.

At 5.00am this morning, 45,000 free tickets were released for Pope Francis’ visit to Knock Shrine as part of the WMOF2018. All tickets for this event were booked out by 9.12am this morning.

The WMOF2018 is confident that it has robust systems in place to check and validate all bookings received.

The WMOF2018 has also announced today that its Pastoral Congress, which is taking place in the RDS in Dublin from 22 – 24 August, is sold out.

A total of 37,000 registrations have been received for the Congress which was a paid event [tickets were €38 per adult for a one day booking with all children under 18 free.

Registrations for the Pastoral Congress, which have been available since last June, indicate that people from 114 countries will be attending.

Speaking about the scale of today’s bookings, Father Timothy Bartlett, Secretary General of the WMOF2018 said that he is hugely encouraged by the response to all of the WMOF2018 events – those with Pope Francis and those that will take place before the Pope arrives to Ireland.

He said, “It is clear that what Pope Francis is saying about family, faith and society, is connecting with a wide range of people. We are working hard to make the WMOF2018 a joyful, welcoming and comfortable event for all those who wish to attend.

“While I know that many people will be disappointed that they have not managed to get tickets for Knock Shrine or for the RDS Pastoral Congress, I would encourage them to come to the Mass in Phoenix Park for a joyful celebration of faith and the good news of family in our lives. It will also be a memorable and historic occasion.”

Tickets for the WMOF2018 Closing Mass and are still available to book on www.worldmeeting2018.ie.