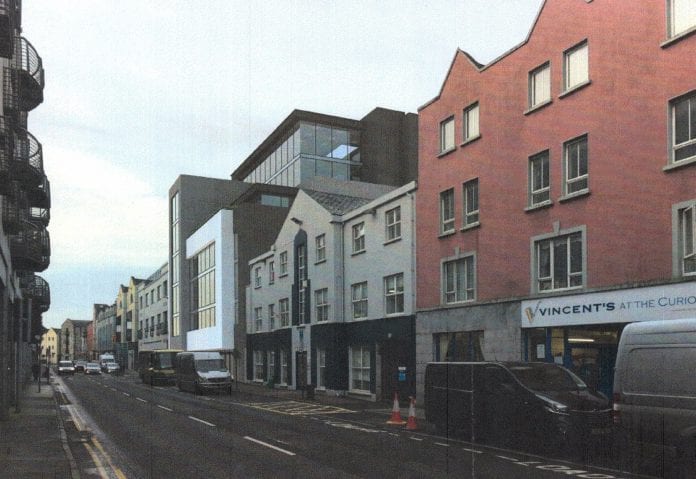 A new €5.2 million office development in Galway city centre has been given refused planning permission.

In its place they intended to build a seven storey office building, with a new junior library and reception on the ground floor and office use to all remaining floors.

The project also intended a substantial renovation and expansion of the Hynes Building on St Augustine Street which houses the city library on the ground floor.

A significant expansion of the library on the ground floor would have been, and another three storeys built on top of the existing Hynes building for office use.

One objection was received by MetLife Innovation Centre which said that it is the existing leaseholder of offices at the Hynes Building.

The company said that it had not been approached about its approval for construction which would surround and overshadow their offices.

“The proposed development will have a serious adverse impact on the existing use of our client’s premises”, said a letter from McCann Fitzgerald solicitors on behalf of MetLife.

It was added that the development would, “prejudice the very substantial investment our client has made in the Met Life Global Technology Campus”.

“The proposed development would also risk the safe use of the premises of MetLife associates, given the scope of the works outlines in the application”.

Planning permission was ultimately refused by Galway City Council in a decision made on September 5.