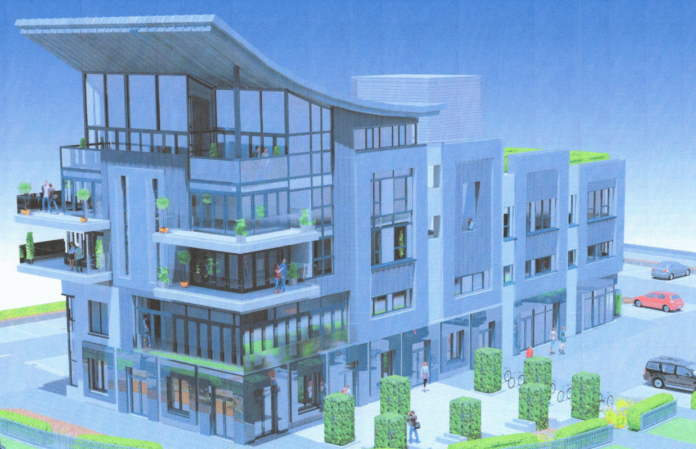 An Bord Pleanála has upheld approval for a mixed-used development in Knocknacarra consisting a building with six apartments, and bar & restaurant, and two retail units.

The plans were Highcross Developments Limited were the subject of strong local controversy, and the grant of planning permission from the city council was appealed by

The development is at the junction of the Western Distributor and Clybaun roads, on a site which is currently occupied by a vacant two storey dwelling opposite the Clybaun Hotel.

The project will involve the demolition of this property and the construction of a new building which ranges from three to five storeys in height.

The ground floor of the building will consist of a restaurant and bar, along with two retail units, while the first floor will also be part of the restaurant.

The second, third, and fourth floors of the building will be given over to residential use, containing 4 three-bed apartments and 2 two-bedroom apartments.

The development will be served by a total of 72 car parking spaces, nine of which will be reserved for the apartments, along with bicycle parking.

The original application proved highly contentious when it came before the city, with a total of 51 submissions received which were half and half objections and expressions of support.

The city council’s decision to grant approval was appealed to An Bord Pleanála by the Hawthorn Place Residents Association on the grounds that the site is zoned for residential use, and that this development includes commercial elements in the restaurant and retail units.

It was also argued that the proposal is of excessive scale which would be “detrimental to adjoining residential amenities”, and that the provision of a licenced premises would lead to a “proliferation” of them in the area.

The appeal also stated that the parking provision for the development was insufficient, and would lead to “overspill parking” in neighbouring residential areas.

In response Highcross said that there is a history of allowing mixed used developments in this area, that a Transport Impact Assessment (TIA) and Stage 1 Road Safety Audit were submitted with the application, and that the height of the building is consistent with others in the area such as the Clybaun Hotel.

Planning permission was upheld by An Bord Pleanála with 25 revised conditions, one of which was that the design should be revised to remove the vehicle entrance to the Western Distributor road, with access solely off the Clybaun road.