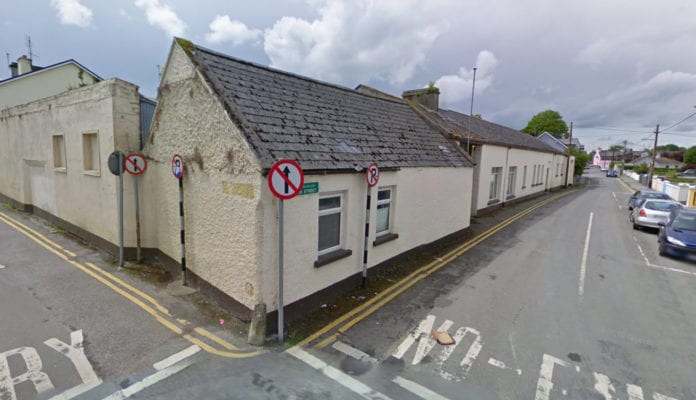 Plans have been submitted to the county council for a housing development at the site of the old FCA barracks in Loughrea.

Planning permission is being sought for the demolition of the empty barracks building on the corner of Dolphin street and Abbey Street and the construction of eight new homes in its place.

The FCA, Fórsa Cosanta Áitiúil, was a volunteer army reserve force established after WWII and replaced by the Army Reserve Force in 2005.

The former barracks was vacated by the army in 2013 as “surplus to military requirements” and put up for sale by public auction.

Pre-Development testing was carried out on site back in March which did not turn up any previously unrecorded material or information of interest.

One submission was made to the county council by the Department of Culture, Heritage, and the Gaeltacht noting that the site is next to Loughrea town moat in an area of “high groundwater vulnerability”.

The department said that before granting planning approval the council should be satisfied that the development will not negatively impact any of the protected sites downstream.

Galway county council is due to make a decision on this planning application by July 9.